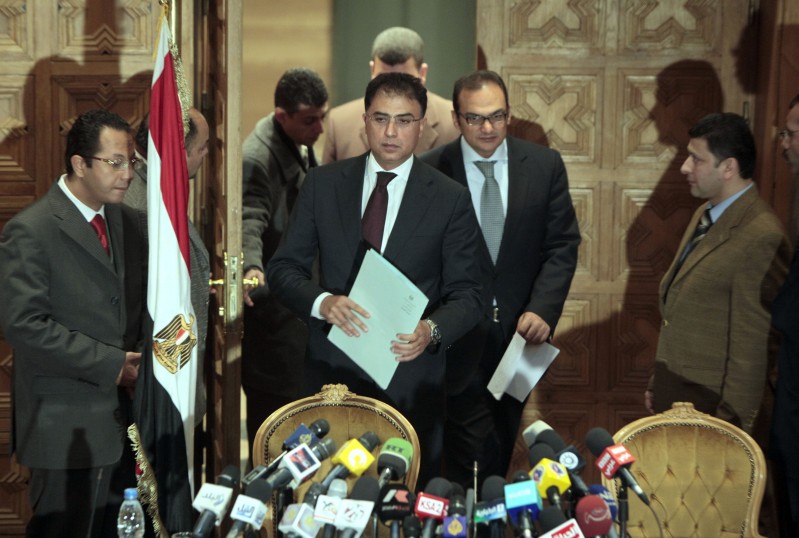 It seems the US State Department’s behind-the-scenes diplomacy may have paid off. Reuters reported, yesterday, that the Americans in the case of Egypt’s foreign-funded NGOs will no longer be barred from travel. Without a doubt, officials on both sides are breathing a sigh of relief as this move could mark the first step toward a normalization of US-Egyptian relations after a month-long standoff over Egypt’s indictment of seven American NGO employees. Although the Americans affected by the travel ban have not yet left the country, if this deal is real, pro-democracy advocates no longer face the threat of prison and can return to their home country. Of even greater significance, if U.S. and Egyptian officials can succeed in settling the current crisis outside of court and before the trial resumes on April 26, US politicians will not have to grapple with a potential political crisis in an election year, and Pentagon officials can relax in the knowledge that subsidies to the US defense industry in the form of military assistance to Egypt can continue. The Supreme Council of the Armed Forces (SCAF) and the interim Ganzouri government can also pat themselves on the back for averting a crisis with their strongest ally, maintaining the benefits that come with good relations. All’s well that ends well. But has it ended well?

After all the SCAF-induced xenophobia demonizing foreign-funded NGOs that reached levels of near hysteria in the state media, the self-righteous stance taken by Egyptian government officials who are boldly condemning international criticism of a purportedly independent but blatantly politicized judicial investigation, and the staunch rhetoric asserting the inviolability of state sovereignty, the Egyptian authorities will no doubt suffer a blow to their credibility in the eyes of the public for acquiescing the foreign demands. Ordinary Egyptians will see the easing of restrictions as the SCAF bowing to US pressure. With the mysterious recusal of the three judges from the case and subsequent reports of having done so under political pressure, judicial authorities will now appear subject the whims of the executive and international pressures – the exact image they had hoped to avoid. The trust deficit created by this case is reminiscent of the Mubarak’s regime’s appeasement of allies at the expense of Egyptian public opinion and domestic support.

Setting aside the impact on judicial sovereignty, however, the question remains: what lies in store for the Egyptians associated with these NGOs and the organizations themselves? The issue at hand does not stop at the protection of those foreign individuals involved in promoting democratic reforms and political plurality. What is at stake is Egyptian civil society itself. Although authorities have lifted travel restrictions on foreign workers, let us not forget that the trial continues to persecute rights groups on the basis of a flawed NGO law. As Nabil Fahmy, former Egyptian ambassador to the US noted in a recent interview, uneven enforcement and government contracts with NGOs completely ignoring the provisions of the law has long detracted from its credibility. The road to a true democracy will require new guidelines to fairly govern civil society in Egypt.

As long as this case continues with the possibility of conviction for those Egyptians and the NGOs themselves, civil society in Egypt should be considered under attack. The conditions approved by Congress in this year’s foreign spending bill —  requiring that Egypt’s authorities support the transition to civilian government and implement policies to protect freedom of expression, association, religion, and due process of law have cleary not yet been met. Barring any radical change in the SCAF’s status quo, the State Department will not be able to honestly certify next month that Egypt is indeed complying with the terms laid out by Congress. Without this certification, the only other mechanism for releasing military aid to Egypt is the national security waiver contained in the FY2012 appropriations bill, which would allow assistance to continue despite Egypt’s failure to meet human rights and democratic conditions in recognition of the strategic importance of the bilateral relationship.  Despite the goodwill gesture of releasing American NGO workers (however flawed the process by which it occurred), the U.S. should still think seriously before resuming aid to a government that is still maintaining a stranglehold on Egyptian civil society.