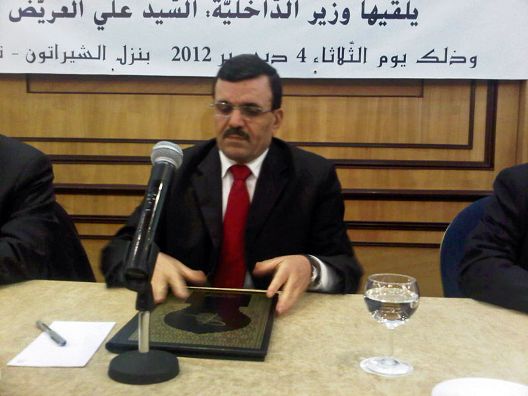 Despite signs of an increasingly divided society, the recent stalemate between Tunisia’s ruling Troika (led by Ennahda and two smaller, secular parties) and the opposition will likely be resolved through the national dialogue currently underway. It still faces many difficult hurdles, however, and support from the international community is essential. To begin with, Tunisia’s parties entered the national dialogue for the wrong reasons: the opposition to overthrow the government, and Ennahda to respond to pressure from the international financial institutions. Even though the intentions and motivations may not have been dialogue-for-dialogue’s-sake, the process remains intact. This persistence indicates that the stakeholders accept it as the only viable avenue to achieve at least part of their objectives, even if the compromises are hard to swallow. While everyone is still at the table, Tunisia’s international partners ought to do what they can to create an environment supportive of a resolution. It would be a strategic win for Tunisia to become the successful transition everyone seeks, opening the space for reviving the economy and tackling shared security concerns.

Many negative trends in Tunisia point to growing internal and external pressures that could limit the political space for the compromise needed to break the impasse. The most serious obstacle includes the continued economic deterioration, exacerbated as political uncertainty and polarization keep foreign investors at bay. Last week, clashes erupted when demonstrators took to the streets in Gafsa and Siliana, protesting economic stagnation and lack of investment. Three international credit rating companies have downgraded Tunisia well below investment grade over the last few months. International financial institutions also ramped up the pressure; the African Development Bank, for example, recently canceled a near $300 million loan to Tunisia. The country reached a stand-by loan agreement with the International Monetary Fund, which at the conclusion of a visit in September 2013, stressed that “the pursuit of appropriate macroeconomic policies designed to maintain fiscal and external sustainability is essential to preserve macroeconomic stability.” Yet, with unemployment hovering around 15 percent, the government’s proposed 2014 budget, which includes subsidy cuts, sparked great controversy as Tunisians already feel the economic burdens of the past three years.

Without improvements to the precarious security environment in Tunisia, the dialogue’s chance for success remains slim. Though militias do not roam the streets of Tunis as is the case in neighboring Libya, the two high-profile assassinations of opposition leaders by hardline Islamists have shaken Tunisian society to the core, raising serious questions about the space for moderate voices to prevail. Last month, authorities announced the capture of the main suspect in the assassination of Chokri Belaid, the opposition leader killed in February 2013, and reports indicate mass arrests as the country steps up its pursuit of suspected militants. To prevent arms trafficking, the small North African country has established buffer zones along the borders with Libya and Algeria. The trend of rising insecurity is alarming for a small country that has enjoyed a comparably peaceful history.

These pressures are building as the political process stalls. The Ennahda-led government and the opposition remain stuck at step one of their mutually-agreed upon roadmap insofar as they cannot agree on a caretaker prime minister, which obstructs the vote to approve the constitution. The longer the process stalls, the greater the economic and security pressures. Uncertainty will continue to worry investors, and extremists will find more breathing room in the absence of a robustly functioning government, despite significant efforts by security forces. Such is the dangerous cycle when so many challenges disrupt one of the region’s “best hopes” for a successful transition (as Tunisia was referred to by Principal Deputy Assistant Secretary (PDAS) for Near Eastern Affairs Richard Schmierer and Deputy Assistant Administrator, Middle East Bureau, Alina Romanowski at a recent Senate hearing).

Despite the expressed high hopes for Tunisia, a robust discourse about the country seems remarkably absent in Washington. While the political process and transition to democracy ultimately fall to the Tunisians themselves, the international community can take steps to support them.

The first step is for Tunisia’s allies to publicly support and encourage the political parties to find a resolution to the current impasse, including, as has been suggested, by helping to identify possible third party mediators (to either mediate or aid the labor unions, which have been less than partial in their mediation approach). It seems international attention to the ongoing process in Tunisia has diminished over the last few months, as observers note the decreasing international presence in the halls of the National Constituent Assembly. Despite the behind-the-scenes diplomatic engagement, international partners should publicly commend Tunisians for having come this far and remind Tunisia that it is not abandoned, especially at this most critical juncture.

As noted in testimony by PDAS Schmierer at the Senate hearing, “improving and deepening our security cooperation is of top importance in our bilateral relationship.” Such cooperation is no doubt critical, especially as those suspected of being behind the assault on the US Embassy in September 2012 remain at large. However, it is just as important to reinvigorate diplomatic support for the political process in Tunisia to crowd out and amplify the pressure on extremists. If the current political entrenchment is overcome and reversed with confidence-building measures, moderate voices will more likely succeed in appointing a caretaker government that can see the country through constitution approval and new elections. As political bandwidth and resources are freed, the resulting government will have more capacity to tackle extremism, which inevitably thrives where authority is weak or absent.

It is also vital that the international community strategically support Tunisia’s floundering economic prospects. Last month the World Bank announced that it would donate $4.7 million to Tunisia from the Transition Fund established under the Deauville Partnership, aimed to improve social security programs. According to sources in Tunisia’s central bank, the Qatar National Bank has granted Tunisia $500 million to support its foreign currency reserves, to be paid back over five years with interest. There is no indication that these were coordinated moves, despite the great fanfare surrounding the Deauville Partnership’s launch as a platform to coordinate assistance among the United States, Europe, and the Gulf to the countries in transition. The reality is that Gulf partners have more resources to expend toward the Arab Spring awakening countries, especially given the climate of fiscal austerity in Washington and other Western capitals. To ensure that the assistance is leveraged for maximum impact, however, Tunisia’s international partners should revive and reinvigorate their coordination—either under the Deauville umbrella or through other existing platforms. Renewed effort on economic initiatives is imperative if Tunisia is to be brought back from the brink.

Helping Tunisia’s national dialogue process move forward in the face of political polarization and economic deterioration is of mutual interest to Tunisians and the international community. Tunisia’s “best hope” status ought not to be taken for granted; it is critical that the United States and other partners pool their diplomatic support and bolster Tunisia’s ability to overcome its obstacles.

Lara Talverdian is the assistant director for research with the Rafik Hariri Center for the Middle East where she researches the political transitions in North Africa.