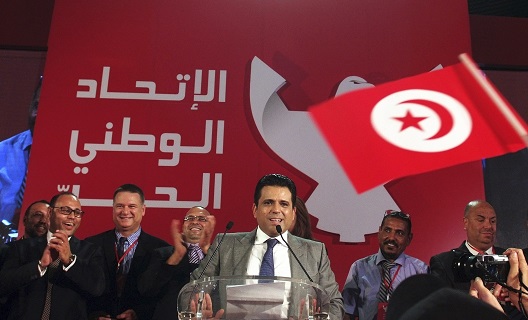 As Tunisia prepares for upcoming parliamentary and presidential elections, low turnout or time constraints are a main concern. Aside from the fact that they have their own ramifications for political legitimacy, Tunisian leaders also fear that militant groups could compound the legitimacy problem by disrupting the elections and potentially destabilizing the Arab Spring country’s democratic transition.

Earlier this year, The Economist deemed that among the twenty-two Arab League countries, only Tunisia was “fully democratic.” The birthplace of the Arab Spring, which ousted former President Zine El Abidine Ben Ali, has come a long way after three years into its transition and remains the only country where the revolution’s relatively successful and stable democratic evolution lives on. Now the final ordeal awaits. After months of electoral procedural debating, parliamentary elections are scheduled to begin October 26, followed by presidential elections on November 23.

For the Independent High Authority for Elections (ISIE) and its counterparts, it has been a hectic period. Of the estimated 11 million citizens, there are an estimated 7.5 million eligible voters. Of them, 4 million registered ahead of elections in 2011, which automatically enrolls them to cast ballots in the upcoming elections. That leaves 3.5 million potential voters who require registration. The ISIE scheduled a voter registration period that spanned four weeks up to July 22, but quickly extended the timeframe due to low turnout. Registration awareness campaigns, SMS-campaigns, and other innovative initiatives were launched to encourage more youth to register to vote.

“The goal was to reach the 7.5 million legitimate voters,” explained Raouf Boutara, vice-president of the Tunisian Association for Integrity and Electoral Democracy (ATIDE). “But we only reached 5.3 million.” Boutara, frustrated with ISIE, added, “The registration period started too late; there were not enough registration offices and the opening hours were inconvenient.” However, election procedures aside, “Security is the main concern for everybody,” he says.

The looming security risk hangs like a dark cloud over the elections. The threat from radical Islamist groups hiding primarily in the Algerian border region of Mt. Chaambi has been an issue throughout the country’s post-revolutionary period. Many consider security to be the main barrier to Tunisia realizing its aspirations for a successful democratic transition.

Interior Minister Lotfi Ben Jeddou has warned that terrorists aim to disrupt upcoming elections and the National Constituent Assembly (NCA) has taken some steps to adopt a new anti-terrorism law. The assembly suggested rewarding citizens who are able to provide authorities with valuable information, and the “crisis cell,” a security body created within the Prime Ministry following this summer’s attack in Mt. Chaambi, called upon army reservists and retired personnel in an attempt to secure polling stations. Prime Minister Mehdi Jomaa has urged people not to allow militant threats to disturb the voting turnout. “Take part in the election regardless of the circumstances,” he pleaded.

Security forces will take to the streets in full force at voting stations on election day. Not only will security personnel deploy throughout the country, but election observers will also ensure “that their polling station meets the security requirements and takes note of the police and military presence,” explains ATIDE’s executive director Khaled Khoudja. “We will try having 2,500 election observers, covering about 20 percent of the polling stations, from where [they] will be our eyes and ears on the day of the election.”

Tunisians have every right to be concerned. This summer’s Ramadan saw fourteen soldiers killed and twenty wounded in an attack at Mt. Chaambi. “After what we experienced this Ramadan we are all feeling that something will happen,” says Boutara. “We are afraid.” The country has faced a number of political assassinations; most recently, armed men tried to assassinate Mohamed Ali Nasri, a deputy in the transitional parliament, at his home in Kasserine, near Mt. Chaambi. Patrol officers also killed two young women who did not stop at a checkpoint, mistaking them for militants. The overreaction from the security forces demonstrates its state of high alert, on the brink of paranoia, as elections edge closer. But security forces still ignore important measures, argues Boutara. “Everybody is being trained in how to react to a threat, but nobody is working on how to prevent it.”

Exacerbating the situation, officials expect the insecurity to affect election turnout. The mindset of Tunisians has changed, argues Boutara. “People are upset with the politicians. The positive feeling we had in 2011 is gone. We fear that even the people who have registered will not vote.” Low turnout is a threat to the vote’s legitimacy, explains Boutara, which is why priority one for ATIDE is outreach. “We are now starting a campaign [including TV and radio commercials] that will encourage people to go vote,” he says. According to watchdog I Watch’s Soumaya Belaid, “The country’s young, the driving force behind the revolution, are becoming desperate. They cannot find a political party that they feel represents them. “They find it useless to vote,” she explains. “They are afraid that these elections will have the same result as the last: empty, broken promises.”

Many Tunisians harbor resentment against politicians, who they feel have improved neither the country’s economy nor security. People are increasingly impatient; frustration is particularly noticeable among the country’s youth, many of whom threaten to boycott the elections. “Elections are the only way to ensure legitimacy of the ones in power, so if young Tunisians want leaders without legitimacy to govern and reform the country, then that would be a big threat to democracy,” says the concerned Ennahda politician Sayida Ounissi. She calls on everyone to vote for the sake of all those who sacrificed their lives during the revolution. “You really have something quite simple to do now: go find out more about the parties and candidates and go vote. It costs nothing!”

If the elections go smoothly, they could build the public’s confidence in their country’s future and good governance. If civil society organizations and political candidates and leaders can inspire the increasingly apathetic population to vote, it would add much-needed momentum to the democratic process. But more importantly, Tunisia must demonstrate to the world that the security situation is under control, providing a turning point for the country’s strained economy and cementing a culture of democratic legitimacy. The future of Tunisia—and the potential for democracy in the Arab world—will hang in the balance on October 26. No pressure.

Christine Petré is the editor Your Middle East and a freelance writer currently based in Tunisia.