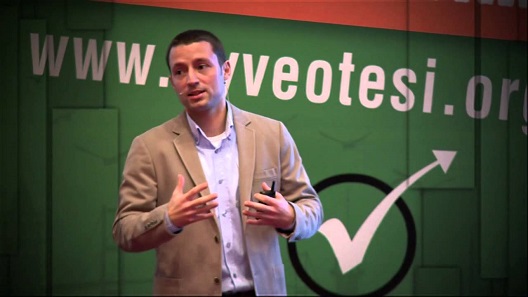 Turkey held its twenty-fourth parliamentary elections on Sunday June 7, 2015. While most analysts focused on the pivotal role played by the Kurdish-affiliated People’s Democratic Party (HDP) in swaying voters away from the ruling Justice and Development Party (AKP), fewer have focused on the equally critical—and spontaneous—role of Turkish civil society in monitoring the process and ensuring a victory for Turkish democracy.

Election pollsters conducted regular surveys—on a nearly biweekly basis—to gauge the mood of Turkish voters, with almost all possible outcomes analyzed in detail. Data from groups such as KONDA, METROPOLL, Gezici, and A&G showed that the AKP would lose 10 percent of the vote, while the HDP would pass the needed 10 percent threshold for parliamentary participation (the highest threshold in any modern democracy). Most of these surveys saw the HDP hovering just around the 10 mark, suggesting that the votes of a few could drastically change the course of Turkish politics. Had the HDP failed to pass the threshold by even a fraction of a percent, all its seats would have been distributed to the winning parties above the threshold, resulting in another single-party AKP government.

Such relentless predictions of an extremely close HDP vote sparked fears that government authorities and supporters of the AKP could resort to voter fraud or intimidation to help the ruling party maintain its hold on power. It is within this context that Turkish citizens became more sensitive than ever to the need for processes to ensure “clean elections.” A group of citizens spontaneously came together to act.

In the lead up to the vote, Turkish citizens often discussed privately and via mainstream and social media the security of the electoral process, the counting of votes, and related procedural considerations. In short, Turkey wondered: Are the anti-fraud safeguards enough to guarantee fair and free elections in Turkey?

“Elections and referenda shall be held under the direction and supervision of the judiciary, in accordance with the principles of free, equal, secret, direct, universal suffrage, and public counting of the votes…”

This article defines the institutional mechanism to ensure security and transparency of the elections; courts are responsible for supervision and direction of the process to ensure a free and—more importantly—transparent process through public tallying of votes. While Turks have no problem expressing their choices through the ballot box, they fear election fraud and welcome any measures to limit its occurrence. As such, they demand that the Turkish Supreme Election Council and international observatory institutions such as Organization for Security and Cooperation in Europe (OSCE)—domestic and international guarantors of fairness—to take their job seriously.

The Turkish Supreme Election Council, however, had come under fire since its performance in the local elections of March 2014. Some critics then claimed that hundreds of attempts to cheat at ballot box had occurred in many districts, particularly in the capital, Ankara. Consequently, hundreds of candidates officially requested new elections in districts across the Republic. Some disputes even reached the European Court of Human Rights (ECHR).

The OSCE, an international organization with limited reach and even less popular trust within Turkey, provided a small election observation mission to support the domestic effort. In its preliminary findings, the OSCE reports that elections rules were generally respected, citing minor irregularities—including criticism of President Recep Tayyip Erdogan’s allegedly unconstitutional involvement in campaigning for the AKP—but concluded that no systematic violations affecting the outcome had occurred.

While the report provided welcome news, on its own it would have meant little for Turkey’s electoral legitimacy without the remarkable efforts of the Oy ve Ötesi—“The Vote and Beyond” movement.

When people broadly perceive that public institutions lack the will or capacity to satisfy public demand, civil society organizations can play a significant role in filling service gaps and acting as watchdogs. Oy ve Ötesi represents the most modern and prominent Turkish civil society organization, established by Turkish citizens to guarantee transparent and democratic elections. As a nonpartisan group, the organization accepts volunteers from all segments of society. With more than 50,000 members, the group organized seminars to teach their volunteers (as shown in this video) how to monitor elections, minimize errors, and prevent fraud.

Members of Oy ve Ötesi began playing an active role as monitors of the contentious March 2014 local elections. At the time, they comprised a small youth group organized via Ekşisözluk (one of the most influential social media platforms in Turkey). Growing their numbers and impact through the 2014 presidential election, the organization reached its peak during the June 7 general elections, spending donations received from all over the country on educational seminars and on billboards to increase public awareness.

The OSCE Election Observation Committee’s report reflects Oy ve Ötesi’s success, but the extent of that success becomes clearer when comparing the number of violations that occurred in this election to that of the March 2014 local elections. The Bipartisan Policy Center reported that the “2014 local elections were the most controversial elections in recent history of Turkey,” citing statistical anomalies, high clusters of invalid votes, and unsigned or unauthorized voter registration as topics under dispute. The fundamental reason for those irregularities: insufficient numbers of trained polling clerks.

Sercan Çelebi and his friends foresaw the underlying problem and formed Oy ve Ötesi. Although they mustered 30,000 volunteers, the group had not yet mastered the organizational discipline to prevent irregularities. According to Çelebi, this experience represented a milestone for the volunteer-based group. Spreading the word through social media—Eksisozluk, YouTube, Twitter, and Facebook—Oy ve Ötesi gained a rapid following, reminiscent of the Shayfeenkom (We Are Watching You) grassroots movement, created and led by the visionary Egyptian activist Ghada Shahbandar and her associates to monitor Egypt’s first multicandidate presidential election and its parliamentary elections in 2005.

Oy ve Ötesi published reports of its successful monitoring mission on social media accounts (Twitter, Facebook) saying, “In forty-six cities, 173 counties, with a total number of 55,000 polling clerks across Turkey, we protected our ballot box. We saw that this spirit, our training sessions, and ever-increasing number of our volunteers strengthened us… We stopped several illegal attempts to cheat in several districts and volunteers even drove to central election councils, though they were not required to. We have proven that small differences make big changes.”

As politicians and commentators fret over the implications of the wins and losses from Turkey’s weekend elections, they should also remember how a mobilized and engaged public participated in and protected a democratic tradition. While some governments in the Middle East and elsewhere struggle to claim their legitimacy through the use of force and the suppression of civil society, perhaps Turkish groups such as Oy ve Ötesi can provide an example of how the strength of a democracy lies in the commitment, courage, and creativity of its people.

Eyup Civelek is an intern with the Atlantic Council’s Rafik Hariri Center for the Middle East and a doctoral candidate at the University of Florida.