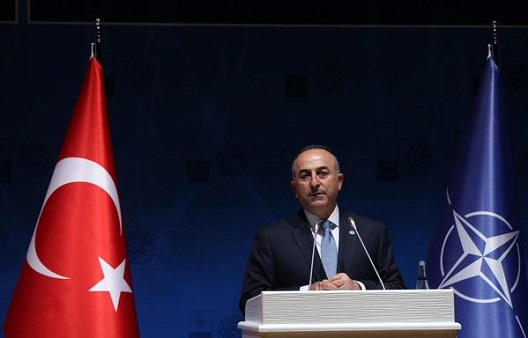 NATO foreign ministers concluded their meeting in Antalya, Turkey on May 14. This gathering was the first time since Berlin in 2011 that NATO foreign ministers met in a city other than Brussels. Turkey took the opportunity to make some important and controversial announcements at this meeting of transatlantic leaders.

In his opening remarks, Turkey’s Prime Minister Ahmet Davutoğlu announced that Turkey offered to lead NATO’s Very High Readiness Joint Task Force (VJTF) in 2021. The VJTF is also known as NATO’s Spearhead Force and was created after the summit in Wales to provide the Alliance with a more rapid response to the increased military capabilities Russia used to invade Ukraine. Germany is currently leading an interim VJTF; with Spain, Britain, France, Italy, and Poland taking command in future years. The VJTF is about 5,000 troops, and is backed up by Alliance’s larger but slower NATO Response Force (NRF) which is being doubled to 30,000. NATO Secretary General Jens Stoltenberg responded positively to Davutoglu’s offer; “I welcome the decision by Turkey today to be a lead nation for the Spearhead Force.”

Davutoğlu also announced that Turkey is willing to host the NATO summit following the meeting of heads of state in Warsaw next year. No date has been proposed for the summit after Poland, but this is a strong sign of Turkish leadership and a valuable contribution to the Alliance.

Turkey’s Foreign Minister Mevlüt Çavuşoğlu also attracted attention during the NATO meeting by boldly calling for the Alliance to accept new members at the Warsaw summit. Çavuşoğlu declared, “We favor NATO expansion… And we would like to see the 2016 summit aimed at expansion.” While NATO routinely restates that it has an open door policy for new members, the pace of enlargement has been controversial and slow, particularly since the Bucharest summit in 2008 when Georgia and Ukraine were denied Membership Action Plans (MAPs), an essential step for joining the Alliance. Çavuşoğlu’s call to make enlargement a priority at the Warsaw summit is an unusual step for Turkey, which normally does not treat enlargement as one of its main objectives for the Alliance.

Çavuşoğlu also told the assembled NATO leaders that Turkey is concerned about the proximity of the threat from the Islamic State (ISIS or ISIL). The Foreign Minister reminded leaders, “Turkey is the only member of the alliance to have borders with Daesh [ISIS]… It poses a significant threat to us.” He implied that other countries are not doing enough to counter ISIS by pointing out that foreign fighters from “ninety different countries” attempt transit through Turkey to join the radical militant group in Syria.

Çavuşoğlu went so far as to criticize current efforts to defeat ISIS as insufficient. He said that support and training of the Syrian opposition by the United States and others “will be effective, but this will not be enough on its own and we have to take further steps.” He called for a new strategy to end the regional threat, saying, “We need a strategy that will include the transformation of the regime in Syria and strengthening the administration in Iraq… All my colleagues who asked for the floor during the sessions agree on the fact that we need a comprehensive strategy on all these issues. However, it’s still obvious we do not have a good strategy to fight against ISIL.”

NATO Secretary General Jens Stoltenberg also addressed the threat from ISIS. He said that “one of the important issues” discussed at the meeting was “how NATO can do even more in fighting terrorism and in fighting ISIL.” NATO’s military chief and the commander of all US forces in Europe, Gen. Philip Breedlove visited a US team training Syrian opposition fighters in Turkey and was pleased with their progress. Breedlove disclosed that he was “impressed with the team and with the facilities provided by the Turkish military. I was impressed with the preparations of the team, their understanding of the mission and supplies.”

Some difficult issues impede efforts to develop Turkey’s relationship with NATO. One major issue is the internal turmoil between the AKP government and key elements of Turkey’s society, such as the press, judiciary, law enforcement, and military leadership. Turkey’s initial decision to purchase a missile defense system from China has also hindered closer ties. NATO leaders have publicly warned that such a system will never be integrated with the Alliance, especially when Turkey has the protection of Patriot missile defense batteries deployed by three NATO allies. Unfortunately, Turkey has been dragging its feet on this decision since 2013 and it continues to be a sore point between the allies. Thus, while Turkey made some positive steps to strengthen its relationship with its NATO allies during this week’s meeting in Antalya, some key issues continue to remain unresolved.

Jorge Benitez is the director of NATOSource and a senior fellow at the Atlantic Council’s Brent Scowcroft Center on International Security.