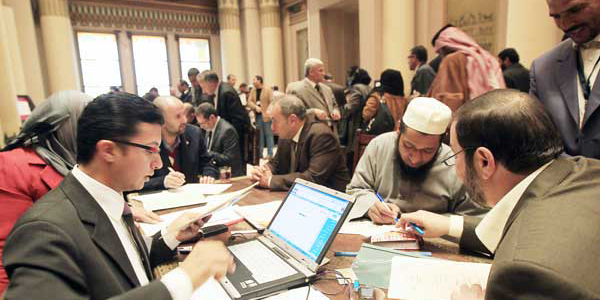 Final results overall, including individual candidates, showed that Islamist parties won around 70 percent of the seats in parliament:

Muslim Brotherhood member Saad al-Katatny, elected speaker of parliament on January 23, is the first Brotherhood member to hold such a high-ranking position since the movement’s founding in 1928. He had been expected to win at least 346 votes (the sum total of 213 FJP deputies and an additional 22 members of the Democratic Alliance plus the votes of 121 members of the Salafi Nour Party. Al-Katany resigned as secretary general of the FJP shortly after his nomination for the post of speaker. In the video below (Arabic), deputies argue over the four candidates — al-Katatny, Wasat Party’s Essam Sultan, the Egyptian Bloc’s Magdy Sabry, and the independent Yousef al-Badry — nominated for speaker of parliament.