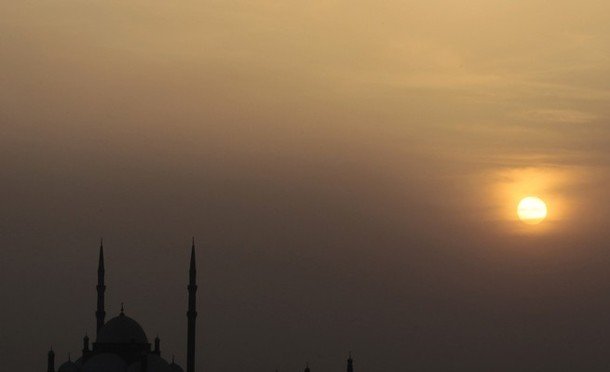 In conversations with several Freedom and Justice Party (FJP) and Muslim Brotherhood activists in Cairo over the last few days, I was struck by two dominant attitudes: A calm confidence that Egypt’s future lies in the Brotherhood’s hands combined with concern that electoral victory might yet slip through their fingers.

The news that candidate Mohammad Morsi had dominated voting in Saudi Arabia—where the expatriate Egyptian population is thought to reflect voter preferences more accurately than do the communities in Western countries—brought smiles to FJP faces today, and was splashed all over the front pages of the party’s media mouthpiece, al-Hurriya wal-‘Adala. But FJP activists also claim that the Egyptian state is reactivating old ruling party channels and practices (such as putting pressure on state employees and buying votes) in order to elect ex-military officer Ahmed Shafik, or at any rate deny the presidency to Morsi.  FJP members have said repeatedly that there is no way Shafik could be elected in a free election.

Morsi differs from the other leading candidates (Aboul Fotouh, Moussa) in that he enjoys little individual fame or popularity among Egyptians and one hears his personal history and qualities much less discussed than those of his rivals.  There is a good reason for that: Egyptians know that a vote for FJP leader Morsi is not so much for the man himself but rather for the Muslim Brotherhood as an organization.  The group’s first-choice and now disqualified candidate, Khairat al-Shater, would have been a more charismatic and powerful contender as an individual, but the FJP seems to have moved beyond that disappointment and quickly threw all its weight behind Morsi.

The Brotherhood’s level of organization—my bet is that the FJP will be the only campaign to have candidate agents present in all 13,000 polling stations—is all the more impressive when one remembers that the decision to run in the presidential election was relatively last-minute – officially announced on April 1, less than a month before the start of the official campaign period – and was quite contentious within the Brotherhood.

According to FJP activist Hussein Kazzaz, the Brotherhood decided to abandon an earlier pledge not to seek the presidency after receiving a signal from the Supreme Council of the Armed Forces (SCAF) that it would be allowed to have only a marginal presence in the cabinet.  This would have created what the Brotherhood saw as a “Kuwaiti model” of a vociferous but relatively powerless parliament in constant tension with the executive.  “We decided that staying out of the executive branch would be a sure way to lose elections for the legislative branch the next time around,” according to Kazzaz.  Other non-FJP activists say they have heard that the Brotherhood was also swayed by Turkish and Qatari advice to seek the presidency now.

FJP activists argue that Egypt would best be able to get on with its transition if Morsi were elected because the executive and legislative branches would be in greater harmony during the remaining transitional period, while acknowledging that there would still be tension and need for compromise between those two branches and the military.  None of the other candidates, they argue, would be able to deal effectively with the military and start the lengthy process of bringing it under civilian control.  Shafik is a military man and would see no need to do so, and both Moussa and Aboul Fotouh would be too weak because they lack the support of a large party.

Although there is relatively little talk right now about the government formation that will follow the elections, when pressed FJP activists signal their expectations for inclusion by saying the cabinet should “reflect the parliamentary majority,” although under the current interim constitution there is no obligation for the president to take this into account in his appointments.  Whether a senior FJP or Brotherhood figure such as al-Shater becomes prime minister might depend not only on whether Morsi is elected but on how strong a showing he makes even if not elected.  An FJP that loses in the second round by only a small margin is likely to get a significant part of the cabinet and even the prime ministry, whereas one that loses in the first round is likely to get far less.

Conversations with FJP activists inevitably turn to the party’s “Renaissance Project,” which they portray as a comprehensive effort to rebuild the Egyptian state and society after decades of corrosive authoritarian rule and corruption.  Essam Haddad, a member of the FJP’s foreign relations committee, described the extensive study he and other members have made of democratic transitions elsewhere including Spain and South Africa, and their understanding that reforms take years to carry out.  A whole new philosophy is needed in areas such as internal security and police, he said, changing the concept from that of a coercive apparatus that serves the leader to a security force that serves the population.

Such idealistic talk, however, creates suspicion in non-Islamists, who wonder whether the Brothers would really reform the hated internal security apparatus—which has been quiet since Mubarak’s ouster but is still largely intact—or just put in their own people and use it to repress others.