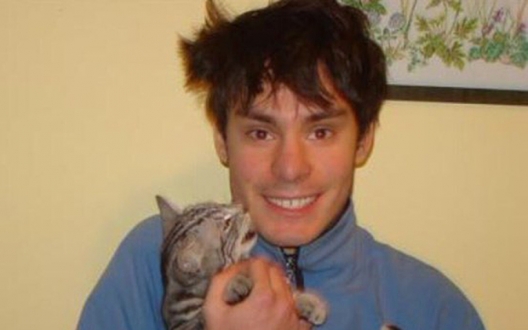 Circumstances surrounding the death of an Italian national in Egypt remain vague, two days after his body was discovered on the outskirts of Cairo. Egyptian Public Prosecutor Ahmed Nagi told AP that Giulio Regeni was found dead on Wednesday in an empty lot in the 6th of October suburb. His body was transferred to Cairo’s Zeinhom Morgue, where he was identified by his Egyptian roommate. Regeni was completing his PhD at Cambridge University, and was a visiting scholar at the American University in Cairo. He had been in Cairo for four months, where he was conducting research on Egypt’s independent labor and trade unions.

According to his friends, Regeni disappeared on January 25, when he was heading to downtown Cairo via metro. According to online campaigns organized to locate Regeni, he was last seen leaving the Behoos Metro station in Dokki, heading in the direction of Cairo’s Bab al-Louq to meet a friend.

The circumstances behind Regeni’s death remain unclear, and conflicting reports over the cause have been issued by Egyptian authorities.

On the same day that Regeni’s body was found, Public Prosecutor Ahmed Nagi said in statements to the media that his body was covered in stab wounds and cigarette burns. He also said that his body showed signs of having been beaten, that he had cuts to his ear, and that the Italian PhD student suffered a “slow death.”

The Ministry of Interior’s Head of the Giza Investigations Department General Khaled Shalaby told Youm 7, that preliminary investigations revealed that Regeni’s death was the result of a road accident, and denied the presence of stab wounds on his body. Alaa Azmi, the Deputy Head of Criminal Investigations in Giza, made similar statements to the press. “We have to wait for the full report by forensic experts. But what we know is that it is an accident,” Azmi said.

The Egyptian Foreign Ministry issued a statement later in the day clarifying the reason Helmy was summoned. The ministry statement said Helmy was summoned to request more information on Regeni’s death, and “to request coordination and communication” between Egypt and Italy.  The Italian Foreign Ministry also called for a joint investigation, saying in a statement that the government “asked the Egyptian authorities to make their utmost effort to verify the truth and reconstruct the circumstances,” of Regeni’s death.

An Italian business delegation with officials from 60 companies, headed by Economic Cooperation Minister Federica Guidi, that were in Cairo, cut their visit short returning to Italy.

Policemen guard in front of a morgue where Regeni’s body was taken after it was discovered on the outskirts of Cairo, February 4, 2016. (Reuters/Mohamed Abdel Ghany)

On the same day, the Egyptian Foreign Ministry issued a second statement following a meeting between the Italian Ambassador to Egypt and Assistant Foreign Minister for Cabinet Affairs, Ambassador Hisham Seifelddin, emphasizing positive relations between Egypt and Italy. In it, Foreign Ministry Spokesperson Ahmed Abu Zeid said condolences were offered, and Egypt confirmed its desire for full cooperation “to uncover the causes of [Regeni’s] death.” The statement added that Seifelddin “stressed during the meeting that the special relations between Egypt and Italy, require Egypt to provide all kinds of help and assistance for the Italian side, and necessitates that both sides address the incident in a manner that is consistent with their existing level of friendly relations.”

The Egyptian Presidency said in statement on Thursday that President Abdel Fattah al-Sisi phoned Italian Prime Minister Matteo Renzi to offer his condolences. According to the statement, Sisi assured Renzi that the Ministry of Interior would work with the public prosecution to “unravel the mystery surrounding the incident,” adding that Italy would have Egypt’s full cooperation in the matter. The statement said that Renzi “lauded the positive spirit of cooperation that the Egyptian side show[ed] in dealing with the incident, noting that this position reflects the friendly relations that bind the two countries and their peoples.” According to the statement, the pair also discussed economic cooperation, their “commitment to work together against terrorism,” and the current situation in Libya.

“Even were this case an isolated incident, it would demand a thorough investigation to identify those responsible and bring them to justice.  However, what makes this case even more disturbing is that it is but the most recent, if the most deadly, example of the growing danger posed by the current political climate in Egypt to all those engaged in academic work.”

The signatories of the letter confirmed repeated communications to the Egyptian government, expressing concern over violations against academic freedom in Egypt, including:

“denial of entry and harassment of numerous scholars and researchers; gross state interference in university student and faculty governance; the dismissals and expulsions of hundreds of students and faculty; the sentencing of academics to death.”

They also called on the Egyptian government to provide “a full and impartial investigation of his death, and the arrest and prosecution of those responsible.”

A funeral service was held for Regeni on Friday at an Italian church in Cairo, attended by friends and family, amid a heavy security presence.

In the first statement, Foreign Ministry Spokesperson Abu Zeid, for the first time, referred to Regeni’s death as a murder and “said that the past 24 hours have witnessed Egyptian-Italian contacts, on several levels, to coordinate efforts to uncover the reasons behind the death of Italian student Giulio Regini in Egypt.” He said the coordination was a reflection of “the special nature of the relationship between the two countries, and the mutual desire to uncover the reasons behind this incident and its perpetrators.” He added that this cooperation confirmed the “desire of both sides to deal with the incident on the basis of a spirit of cooperation and mutual trust,” adding they:

“show that the Egyptian and Italian sides are both keen to prevent any party from exploiting this incident to harm the excellent relations between Egypt and Italy, and propagate a false impression, not grounded on any facts, for well-known objectives that are evident to everyone.”

Foreign Ministry Spokesperson: Close Egyptian-Italian coordination to uncover the reasons behind the death of Italian…

Posted by Egyptian Ministry of Foreign Affairs on Friday, February 5, 2016

The ministry said in its second statement that Egyptian Ambassador Helmy told Italian media that “the Egyptian government is seriously and objectively addressing the incident involving Giulio Regeni and is pursuing maximum cooperation with the Italian government.” The statement said that Regeni’s body would be returned to Italy as soon as possible and confirmed the arrival of the Italian investigative team “in light of the mutual desire to identify the culprits who committed this criminal shameful act.” Helmy assured the Italian media of a “transparent and objective” investigation, adding that “it is important not to allow antagonistic actors to exploit this incident to undermine the strong and special relations between Egypt and Italy.”

Organizations, newspapers, and activists have reacted to Regeni’s brutal murder:

Il Manifesto, an Italian newspaper which had been publishing Regeni’s work under a pseudonym, published on Friday his last report posthumously.

The newspaper also published an editorial about Regeni’s death. In it, the newspaper said,

“We say he feared for his safety because in the beginning of January, when he pitched his last article to us about the resumption of independent trade union activity in Egypt, he insisted upon the need to sign the article with a pseudonym. We understood that he was very concerned because he sent us a number of emails about it.”

“It’s difficult to imagine a simple Cairene criminal raging against a foreigner without any motive or self-interest. It’s just as difficult—but you can see where this would be expedient—to blame his death on ISIS, which has a penchant for the theatrical.Let us be clear. We do not know who his killers are. We can only suspect and watch. But we will demand the truth, the entire truth, from the Egyptian government, from Foreign Minister Paolo Gentiloni and from Prime Minister Matteo Renzi.”

An Egyptian activist group known as the Januarians (in reference to the January 25 uprising)  also organized an event to take place on Saturday afternoon during which participants will commemorate Regeni by laying flowers in front of the Italian embassy.