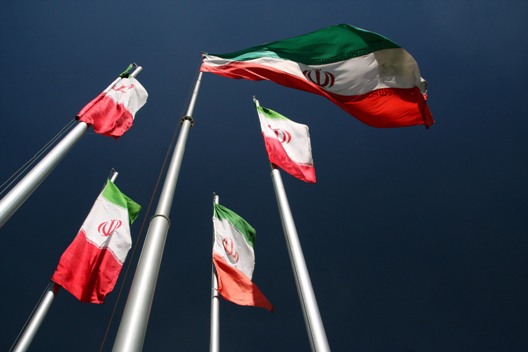 A recent session of a global security conference in Washington, DC asked, “Can an Iran-US deal work?” Many in the Gulf Cooperation Council (GCC) are asking the same question but apparently questioning the extent and impact of such a deal. In the conference, the discourse followed the worn path aimed at halting Iran’s nuclear program. In the GCC, however, the discourse encompasses an important set of geopolitical concerns, most of which DC thinkers and policymakers appear to downplay or ignore.

While US officials say that the United States wants Iran to return to being a “responsible member of the international community,” they seem to pose a single criterion for judging that behavior: Iran’s agreement to rein in its nuclear program. In principle, the members of the GCC agree with the general goal to bring Iran back as an active member of the international community.

For all GCC members, Iran is and will continue to be part of the region, along with the GCC. Any reduction in tension in the region will contribute to the region’s stability and prosperity. Every GCC member has bilateral arrangements with Iran to maintain orderly relations; some such as the United Arab Emirates (UAE) and Oman have strong economic connections and historical ties.

Nonetheless, the nature of Washington pronouncements about its future relations with Iran and the possibility of a “deal” have sparked distrust in the GCC countries. Saudi’s rejection of the UNSC seat is as much about the United Nations’ inability to act constructively on Palestine or Syria as it is about disregard of Saudi security concerns in the region after the US-Iran courtship. Saudi and the UAE as well other GCC countries are widely disenchanted about the US over Egypt and Iran. It was no coincidence that the BBC began reporting a possible Saudi arms deal with Pakistan when negotiations in Geneva began in the absence of any GCC members.

The Gulf states tend to perceive the prospective deal under negotiation in Geneva as having more important outcomes than a simple swap of lifting sanctions in exchange for halting enrichment. Rather than this so-called deal’s intent to help the region, GCC members see it in the context of a US efforts to downsize its regional presence due US budget cuts and the pursuit of “energy independence.” As legitimate as US strategy and budget constraints may be, the fear among GCC analysts is that such a strategic outlook dictate the tactical means in dealing with Iran. It is even more unsettling if such motivation does not recognize the long-term impact on Arabian Gulf security.

Haleh Esfandiari, a speaker at the conference in Washington dealing with the potential US-Iran deal, identified Iran’s desired outcome from the prospective deal as ending the sanctions and recognition of Iran’s “role in the region.” Esfandiari did not, however, explain what that role would be; nor did she define such a role in terms of Iran’s future in the region.

What Iran would achieve beyond sanctions relief shapes GCC thinking and responses to such a deal. Ambiguity regarding the post-deal Iranian role in the Arabian Gulf harbors potential misunderstanding. Iran’s so-called role could contribute to US efforts to achieve stability in Iraq, Syria, Lebanon, and even Afghanistan and Pakistan. But for the GCC, this role could mean undisputed control of international shipping pathways in the Arabian Gulf, as well ability to rattle its sword to protect the interests of Shia communities in GCC countries. For many, this translates into “hegemony.” Iran already occupies three UAE islands, threatens Bahrain’s sovereignty, supplies forces and weapons in Syria, supports proxy organizations in Lebanon and Yemen, and professes the right to protect the Shia of the world. US validation of Iran’s role could encourage Iranian aspirations to push even further.

Because US discourse touches none of these interpretations of Iran’s role as part of “the deal,” GCC members find legitimate reason to worry. Belated US efforts to consult with GCC members over these negotiations seemed to have raised rather than allayed the level of their anxiety.

Key elements of a “big deal” that would address the concerns of the GCC states are:

The deal for the GCC countries is a big deal and for good reasons. They  need to be addressed in any talks with Iran.

Mohammed Baharoon is the Vice President of B’huth, a UAE based think tank.
Iran Middle East