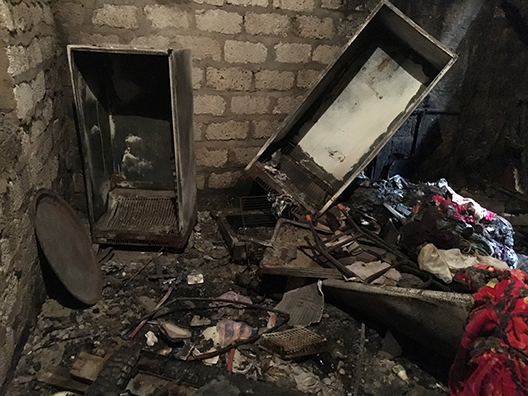 In the 1930s, the Ministry of the Interior under the Wafd administration announced a competition for positions in the ministry. When the results were not made public, the entrants complained to the Prime Minister, Mustafa Nahhas who summoned the official in charge of the competition to ask him the reason for this. The official whispered into the Prime Minister’s ear: “I noted that most of the winners were Copts, so I have delayed announcing the results in order to confer with you, Minister.”

The Prime Minister requested the winners’ names. Then, having been shown the list, he stated: “I don’t see Copts or Muslims in this list. They are all Egyptian citizens who have won the competition. Give them their due and appoint them immediately.”

Indeed, 17 people were given jobs at the Ministry of the Interior, including 12 Copts. Mustafa Nahhas was applying what he had learnt in the Wafd Party which taught Egyptians that good citizenship was not in any way contingent upon religious affiliation.  Out of the 27 senior positions in the Wafd Party, nine were held by Copts and in 1928, Wafdist parliamentarians elected Wissa Wassef, for the first and last time, as a Coptic chairman of the Egyptian parliament.

The fraternal feelings between Muslims and Copts were so strong that in 1930 when an attempt was made to kill Nahhas, Sinot Hanna, a leading Coptic Wafd member, took the knife blow saving the life of Nahhas. In that era religious tolerance was not exclusively directed at the Copts but included Egyptians of the Jewish and Baha’i faiths, and even atheists. In 1937 the mathematician and thinker, Ismail Adham, published a book entitled “Why I am an Atheist” Not only was he not murdered by an extremist or arrested on charges of ‘denigrating religion’ — but he was much admired, his atheism notwithstanding.

I was reminded of this history of tolerance as I read about the tragedy that recently took place in Minya. A rumor of a relationship between a young Coptic man and a married Muslim woman resulted in a mob of 300 Muslim extremists looting and torching seven Coptic homes. Before the attacks, the mother of the Coptic man filed a report with the police, detailing the threats of violence made to them. The police did not lift a finger. When the mobs attacked, that woman, in her seventies, was stripped and dragged through the streets of Minya. As usual, after any act of violence against Copts, communiqués were issued condemning the violence and we read of delegations gearing up, and customary ‘reconciliation sessions’ during which people spout forth about national unity, but to this moment, there has been no comeuppance for any of the perpetrators.

How has the situation of Egypt’s Copts deteriorated from that of citizens with full rights to one in which they are a marginalized minority, and in which there is neither deterrent against nor punishment for attacks on their rights?

The question can be answered in two words. Totalitarianism and Wahhabism.

Up until 1952, Copts enjoyed full rights in a state where rule of law prevailed. 1952 saw the end of democracy and the law, once a binding framework for all, became an instrument wielded by the dictator that he could use or abuse at his own whim. Under a dictatorial system we cannot expect to find the rule of the law, for the regime itself is the greatest violator of the law and the poacher cannot turn game keeper. A dictatorship also generally prefers to ignore problems or side-line them rather than address them. We saw the governor of Minya, a retired major-general, rushing out a denial that an old Coptic lady had been stripped in public and accusing the media of intimidation and sensationalizing a minor incident.

From a political point of view, a dictator always needs to have a persecuted and timorous minority so that he can position himself as their protector and thereby be guaranteed of their ongoing loyalty and support.

Incidents like that in Minya happened scores of times under ousted president Hosni Mubarak and the perpetrators were rarely put on trial. The regime’s message to the Copts was: “Now you see what could happen to you if Mubarak leaves office!”

This policy succeeded in forcing the Copts to avoid politics and to support the Mubarak regime as the lesser of two evils. This remained the status quo until the January Revolution broke out and thousands of young Copts joined in. It was inevitable that they would be punished for that. The response was the Maspero Massacre of October 2011 when mainly Coptic demonstrators protesting the destruction of a church in Aswan were crushed by armored vehicles and shot dead in order to force the Copts back into the regime’s stable.

The other reason for the Copts’ woes is the spread of the Wahhabi interpretation of Islam in Egypt, whether by the millions of Egyptians who worked in the Gulf and then returned with their Wahhabi-like thinking, or through Wahhabi associations which spend millions of pounds to spread their ideas in Egypt.

According to the Wahhabi interpretation: it is not permissible to show affection for Copts nor to greet them on their religious festivals for they are not brethren of the Muslims; it is not permissible to invite them to partake of food unless the intention is to move them towards Islam; nor is it permissible to accept the testimony of a Copt against a Muslim in a court of law (with the one exception being when a Muslim has died during a journey and only a Copt can be found to take down his last will); moreover a Muslim who has killed a Copt cannot be put to death according to the Wahhabis, as a Muslim and a non-believing Copt cannot be considered equal. These dreadful notions which would considered hate crimes in any civilized state are not being spread surreptitiously but are being pronounced by preachers in mosques and distributed among the people in printed form.

So if a young Muslim is brought up with these notions and then gets into an argument with a Copt, should we be surprised when it turns violent?

Sadly Copts’ woes will continue as long as Egypt veers between authoritarianism and Wahhabism. Copts will never gain their rights from a dictator because he understands only too well that they will keep giving him their wholehearted support as long as they fear for their lives and possessions.  Egypt’s Copts will never gain their rights as citizens so long as Wahhabi thought keeps spreading because it holds them in contempt, deems them enemies of Islam and at best non-believers and lesser people than Muslims.

When I took part in the Egyptian Revolution, I felt the real meaning of citizenship. Copts in Tahrir Square were guarding Muslims during prayer, and often Muslim prayers and Coptic Mass were held at the same time. The woes of the Copts will only cease with the establishment of a democratic state in which all citizens are equal regardless of their religion.

Democracy is the answer.

Alaa Al Aswany, the Arab world’s bestselling novelist, is the author of The Yacoubian Building, Chicago, and Friendly Fire. His work is published in thirty-one languages worldwide. Al Aswany’s articles have been published widely, in such publications as The Independent (UK), The Guardian (UK), and The New York Times (US), and in French, German, Italian, and Spanish publications.

This article first appeared in Arabic in Deutsche Welle.

Image: A damaged home belonging to one of seven Christian families, whose houses were looted and set on fire by Muslim men, is seen at Al-Karm village in the southern province of Minya, Egypt May 27, 2016. (Ahmed Aboulenein/Reuters)