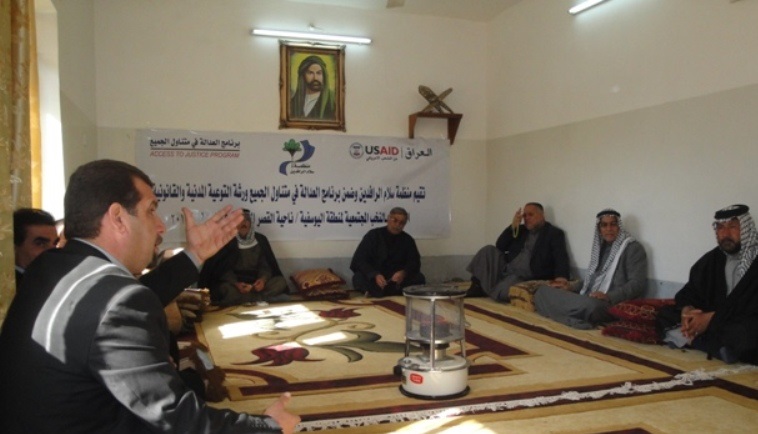 While US policymakers shift away from Iraq, recent events threaten to plunge that country into a new civil war. Sectarian conflict has become a source of chronic tragedy: So far this year, terrorist attacks and bombings have killed over 2,000 civilians. As Iraqis head to the polls in the first election to be held since US troops withdrew in 2011, many fear the rising tide of conflict will undo the democratic gains of recent years.

Unfortunately, US commitment to Iraq continues to flag. Earlier this year when the Obama administration released its much anticipated international affairs budget request for fiscal year 2015, Iraq was among the biggest losers, slated to receive only $23 million in US development aid—a 69 percent reduction from FY 2013. By 2015, the United States Agency for International Development (USAID) Mission in Iraq plans to end all programs in the country.

A significant part of US development assistance to Iraq has been used to help increase the space for democratic engagement by building democratic institutions, enhancing local government capacity, and supporting the development of an independent civil society. Through these efforts, civil society is gradually gaining a voice, serving as a means for channeling popular concerns to the government. While this progress cannot be understated, it is only the beginning. As on activist explained, “Democracy is incomplete in Iraq. Donors are leaving, but we still need support.”

What is effective for improving governance?

Research on Iraq sheds light on the link between civil society and governance. A recent report by Mercy Corps analyzed data from a nationwide public opinion survey in Iraq, indicating that civil society investments are vital to promoting an open, participatory, and accountable system of governance. The main takeaway from the study is that an effective civil society may actually help to boost citizens’ views of how responsive and legitimate the government is—outcomes that are important for democracy and peace in Iraq.

In practical terms, countries that have a stake in Iraq and are concerned with the nation’s long-term stability should do more—not less—to support civil society bridge the gap between citizens and government and between divided communities. Tangible gains from civil society’s work in Iraq include conflict resolution efforts that mitigate violence across the country. Civil society activists who have been involved in the Iraq Conflict Resolution and Reconciliation Program have helped to resolve over 200 major disputes that might have otherwise resulted in more bloodshed. Sustaining such efforts should be a core part of a revamped long-term strategy of engagement in Iraq.

Donor investment in governance helps lay the foundation for a democratic and peaceful Iraq. Unfortunately, the victories achieved by citizens and civil society are often overshadowed by violence and extremism. Although democratic development in Iraq will require internal commitment and continued support from donors, funding for governance, and particularly civil society programs, is perhaps the most cost-effective means to improve governance and stability. In 2002, Colin Powell told the international community that, when it came to Iraq, if you “break it, you own it.” Iraq is still not fixed, but it is making progress. Withdrawing development assistance at this point would be devastatingly premature and will presage greater tragedies for Iraq and its people.

Beza Tesfaye is a research advisor at Mercy Corps and lead author of the new study “Bridging the Gap: Evidence on the Links between Civil Society and Good Governance in Iraq.”