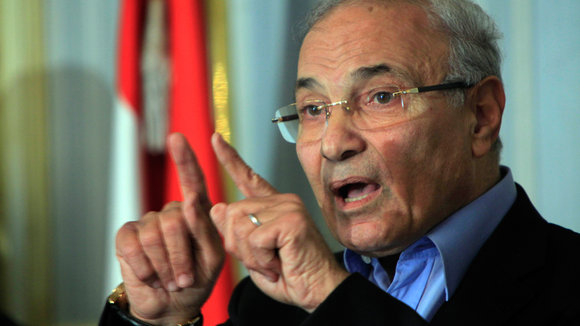 Egypt’s two presidential candidates are racing neck-and-neck toward the run-off, but this long-awaited election could be brought to a grinding halt when Egypt’s Supreme Constitutional Court (SCC) issues two potentially game-changing decisions on June 12. The first constitutional challenge, if successful, could invalidate the electoral law used in the recent parliamentary elections and lead to the dissolution of parliament itself. The second case, of greater significance to the presidential election, concerns the constitutionality of a “political disenfranchisement” law passed by Parliament that bars former regime officials from running for office. If the law is upheld, former Prime Minister Ahmed Shafik could be disqualified retroactively. In this scenario, the presidential election would likely be canceled and restarted from scratch.

Press leaks detailing the contents of a report issued on June 6 by the commissioners committee – a judicial body that advises the SCC – offer clues as to how the court will rule on June 14. The commissioners sided against Parliament, in a report that is not binding on the SCC but will likely influence the court’s decision-making. The commissioners found the political disenfranchisement law to be unconstitutional because “it punishes the individual only on the basis of assuming public office and not evidence of political corruption.” However, the report also concluded that the SCC should decline to review the law entirely, because the electoral commission had no legal right to refer laws to the SCC in the first place. The commissions argued that the electoral commission is a judicial committee with an administrative function, and not a court. Therefore it cannot be both adversary and judge vis-à-vis the eligibility of the presidential candidates.

Chief Justice Farouk Sultan, who was appointed by Hosni Mubarak and is viewed as loyal to the former regime, may have an interest keeping Shafik in the race. However, the dual-hatted Sultan also heads the Supreme Presidential Electoral Commission (SPEC) that initially implemented the disenfranchisement law to disqualify Shafik (who was later reinstated upon appeal. If the SCC strikes down the law now, Sultan would be reversing the position taken by the SPEC just a few weeks ago. Moreover, the judiciary has already come under attack for the lenient sentencing of Hosni Mubarak and acquittal of Interior Ministry officials. The polling process is under intense scrutiny for any sign of irregularities. Supporters of the Brotherhood’s candidate, Mohamed Morsi, staged a protest yesterday in front of the SPEC headquarters, demanding a copy of the registered voters to ensure that no fraud would take place in the runoff. Another major court ruling in the favor of a former regime official could further undermine the judiciary’s embattled legitimacy, and the SCC appears to have an institutional interest in disqualifying Shafik.

There is a high probability that the SCC will adopt the opinion of the commissioners and decline to rule on the political disenfranchisement law.  If so, the contested law would remain in force.  Shafik’s appeal would be invalidated and he would be legally barred from running for office. Under this scenario, the election might be repeated with only 12 candidates. Another possibility is that the election would be only partially repeated, with a runoff between Morsy and the third-place Nasserist candidate Hamdeen Sabbahi, although this arrangement would seem to be unfair, as the voting blocs in the first round could have been distributed very differently had Shafik been disqualified at the outset. With the status of the election now in legal limbo, a number of constitutional scholars including Mohamed Nour Farahat are arguing that the presidential election should have been put on hold until a final decision is reached about the political disenfranchisement law.

Shafik, meanwhile, has dismissed the possibility of his disqualification as a joke. In a television appearance last week, he described protesters in Tahrir Square calling for his exclusion as "dreamers" and pointed to his first-round victory as proof of his legitimacy, insisting that “the ballot box is sacred.”

The SCC ruling on the disenfranchisement law has implications for its second major decision expected on June 14: determining whether or not the electoral system used for the recent parliamentary elections was unconstitutional. If so, the executive authority could act to dissolve Parliament, as it did previously in 1984, 1987, and 1990. However, the specter of Shafik’s potential disqualification raises doubts about the timeline for a transfer of executive power to a civilian president, previously promised by the end of June. People’s Assembly Speaker Saad al-Katatny has stated that Parliament will agree to be dissolved, if the SCC decision requires it, but added that only the next president – not the SCAF – has the authority to order its dissolution. Other legal experts have challenged al-Katatny’s claim, arguing that the SCAF is empowered to implement the SCC’s ruling and dissolve Parliament before a new president is elected.

The implications of the rulings are not only political, but economic as well. If either the parliamentary or presidential election needs to be re-run, it would cost billions of pounds to administer and sink Egypt further into debt.

Salem Mostafa Kamel is an Egyptian attorney based in Cairo.