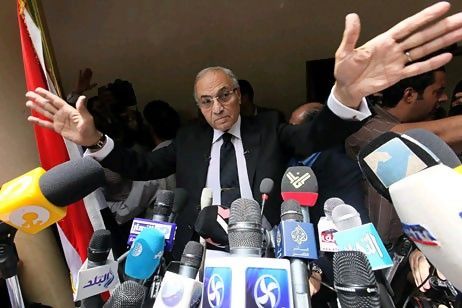 When Egyptians asked for genuinely competitive elections, the current stalemate between two candidates each claiming victory was certainly not what they had in mind. The Supreme Presidential Electoral Commission (SPEC) has delayed the announcement of final results until June 23 at the earliest, to allow time for reviewing the hundreds of allegations of fraud that have been submitted against both the Shafik and Morsy campaigns.  The margin of victory could be less than a million votes, and some of the alleged violations compromised at least that many ballots.  One of the most severe charges is directed at eight pro-Morsy employees at a government publishing house who are accused of forging two million ballots pre-marked for their candidate.

Even if these charges are deemed false by the SPEC or at least not severe enough to warrant invalidating the election results, the question is whether or not the winner will be accepted as legitimate by voters, roughly half of whom were backing the losing candidate.  Ahmed Shafik and Mohamed Morsy have both confidently declared victory and suggested that, if need be, they will challenge the official results to prove it.

Although the Shafik campaign claimed on June 20 to have won by at least half a million votes, the Muslim Brotherhood’s Freedom and Justice Party (FJP) has published its own “official” count, declaring Morsi the winner with 51.7% of the vote. Parliamentary speaker Saad al-Katatny, a leading Brotherhood member, has insisted that Shafik’s victory is mathematically impossible. Members of the Guidance Bureau have now accused the SCAF of deliberately postponing the announcement of Morsy’s inevitable victory to pressure the FJP into accepting the SCAF’s constitutional declaration and the dissolution of Parliament. The FJP’s endorsement of renewed demonstrations in Tahrir Square this week has stoked fears of a violent backlash, should Shafik be declared the winner. However, Saad al-Katatny dismissed the possibility of an Algerian-style civil war, saying, “Everyone must submit to popular will.”

Most observers expect Morsy to prevail, but with the margin of victory so narrow, will Shafik go down without a fight? Earlier Shafik had suggested that he would take legal action to prove his victory, but has since softened his stance. On June 21, a spokesman for Shafik’s campaign said the candidate was prepared to accept defeat and would be willing to serve in Morsy’s government – although it is hard to imagine the Brotherhood’s candidate taking him up on that offer, after campaigning on a platform of purging Egypt’s government of former regime officials.

Shafik may be genuinely willing to concede, but he certainly hopes he won’t have to. After riding an unexpected late surge to victory in the first round of the election, Shafik has come too far to give up yet – And he may yet have a few cards up his sleeve to play. After surviving a constitutional challenge to his own candidacy, Shafik may be banking on two upcoming court cases to turn the tables in his favor.

On June 26, the Administrative Court will review a lawsuit demanding the retroactive annulment of the run-off results over allegations that several election monitors rigged ballots in Morsy’s favor.  In September, the Administrative Court is expected to rule on a different lawsuit seeking the dissolution of the Muslim Brotherhood and FJP for illegally carrying out political and social activities despite a decades-long ban, as well as violating a 2002 law barring the establishment of religious-based parties.  If Morsy is declared the winner and survives the June 26 ruling a few days later, his presidency could still be called into question in September, because his candidacy hinged on the FJP’s status as a legitimate party with representation in Parliament.

Whatever the electoral commission decides this weekend, the battle over Egypt’s presidency is by no means over.

Mara Revkin is the editor of EgyptSource. Photo Credit: The National