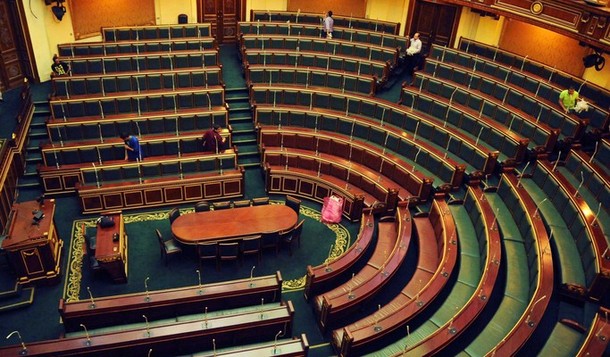 With President Mohamed Morsi’s July 8 decree to reinstate Egypt’s parliament making waves for the second day in a row, is it possible he may have shown far too many cards, far too soon?

Serious compromises were made with his acceptance of the June 17 addendum, which stripped the president of many of his powers, while his very swearing in represented a smaller concession, in which he gave in to SCAF, agreeing to take his oath before the Supreme Constitutional Court, rather than before a legitimately elected parliament. In what could be an attempt to save face, he has made the bold move to challenge SCAF’s decree dissolving that very parliament.

If successful, it would be a huge victory for the presidency, establishing a legitimate authority that has stood up to the military’s stronghold on Egypt’s political scene. For parliament itself, it would reinstate the elected body only until a new constitution has been accepted, at which point new elections would be held. Some have hailed it as the first step towards righting many wrongs, and activists and politicians, among them members of April 6 and Al Wasat have welcomed the decision. By the same token, there are many, among them presidential candidates Hamdeen Sabahi, Khaled Ali and Abdel Moneim Aboul-Fotouh, and Mohamed El Baradei who see this decision in a negative light.

However, if this decree fails, there is far more at stake than Morsi’s reputation alone. If the presidential decree is in fact shot down, Morsi has jeopardized his authority. The High Constitutional Court (HCC), predictably so, has already stated that its decisions are “final and binding”. If the HCC’s ruling is upheld, this leaves Morsi in the awkward position of having issued a decree, only to have it swiftly rejected, exposing a possible lack of power.

Whichever way the chips may fall, successful or not, the presidential decree has exposed another aspect to Morsi’s leadership, one which may further fuel mistrust where the president, and his affiliation with the Muslim Brotherhood, are concerned.

Morsi’s decree is one that weighs heavily in the interest of the Freedom and Justice Party, the political arm of the Muslim Brotherhood and the Salafist Nour Party, who dominated the People’s Assembly. Liberal and leftist members of parliament have already announced that they have no intention to join their Islamist counterparts, as the assembly is set to convene on Tuesday. The first order of parliamentary business, if it does reconvene, will be to discuss the June 14 ruling in which the Parliamentary Electoral Law was deemed unconstitutional.

When looking at the list of pledges that Morsi has made to the Egyptian people, all of which are being carefully tracked by the ‘Morsimeter’ it is obvious that in his first 9 days, the newly elected president hasn’t come anywhere near his campaign promises, and instead appears to be focusing his efforts on Muslim Brotherhood interests.

The ‘No to Military Trials’ campaign has also called on Morsi to see to it that all detainees who have been sentenced before military tribunals are released, a promise he made to the nation during his speech in Tahrir on June 29. However, more civilians are continuing to suffer the same fate to this day, under his presidency. The choice to address the issue of parliament first is telling. If Morsi is unable to make his parliament-related decision stick, how seriously can his decisions be taken later on down the line?