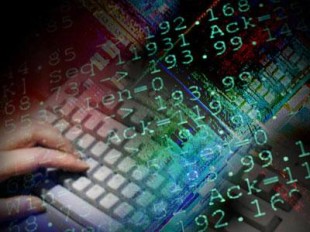 From Brian Knowlton, the New York Times:  A top Pentagon official has confirmed a previously classified incident that he describes as “the most significant breach of U.S. military computers ever ,” a 2008 episode in which a foreign intelligence agent used a flash drive to infect computers, including those used by the Central Command in overseeing combat zones in Iraq and Afghanistan.

Plugging the cigarette-lighter-sized flash drive into an American military laptop at a base in the Middle East amounted to “a digital beachhead, from which data could be transferred to servers under foreign control,” according to William J. Lynn 3d, deputy secretary of defense, writing in the latest issue of the journal Foreign Affairs.

“It was a network administrator’s worst fear: a rogue program operating silently, poised to deliver operational plans into the hands of an unknown adversary,” Mr. Lynn wrote.

The incident was first reported in November 2008 by The Los Angeles Times, which said that the matter was sufficiently grave that President George W. Bush was briefed on it. The newspaper cited suspicions of Russian involvement.

But Mr. Lynn’s article was the first official confirmation. He also put a name — Operation Buckshot Yankee — to the Pentagon operation to counter the attack, and said that the episode “marked a turning point in U.S. cyber-defense strategy.” In an early step, the Defense Department banned the use of portable flash drives with its computers, though it later modified the ban.  (graphic: the Globe and Mail)