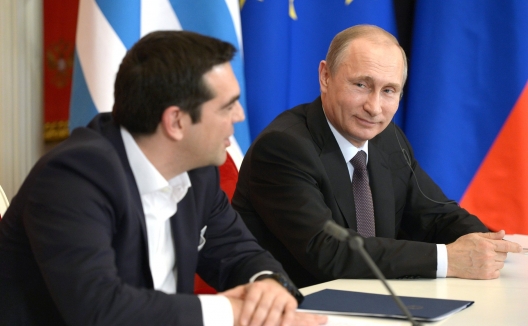 The risks of Greece exiting the eurozone are not confined to economics. The crisis poses five very real challenges to NATO that many defense officials are overlooking — at NATO’s peril.

NATO’s thin wallet will get even thinner…

Greece dragging the Euro “to the brink” does not augur well for NATO militaries, and any market impacts of a Grexit would shift NATO members’ focus further away from defense spending.

The eurozone’s loss is Putin’s gain…

Putin himself stated that, should Greece ask, Russia may be willing to offer critically needed assistance to the economically deteriorating state. A deeper relationship between Russia and Greece would severely undermine the transatlantic community’s efforts to present a united front against Putin. If Russia makes a move to get more deeply involved in the crisis, there are few scenarios where Greece could toe the fine line between East and West successfully.

A new filibuster in EU and NATO decisions

A politically frustrated Greece could upend Alliance leaders’ decision-making capabilities. NATO relies on unanimous approval from all 28 members for all major decisions. Greece, especially one shored up with economic reprieve from Russia, could prove to be a major headache for future Alliance maneuvers to counter revanchist Russian aggression in Eastern Europe….

A crack in the dam of EU’s migrant crisis

A bruise in the vision of Europe, Grexit poses one of the most significant challenges faced by this European “project” in the post-Cold War order. It has dealt lasting damage to every symbol the EU espouses, which harms NATO’s image by extension. While this consequence is more abstract, the crisis in Greece and potential of a Grexit have severely eroded the transatlantic community’s confidence in itself. This perhaps represents the most harmful, if diffuse, consequence of the crisis that NATO must grapple with in the decades to come.