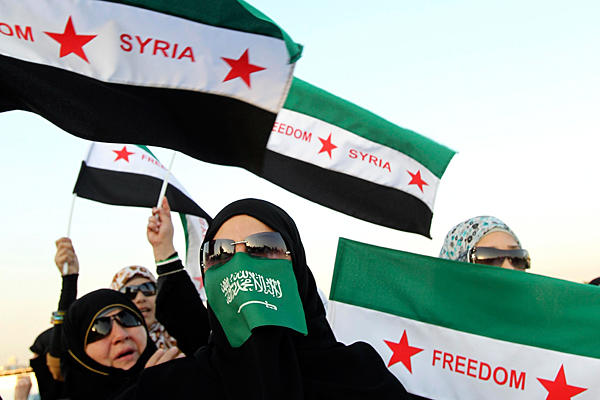 From Michael Doran and Max Boot, New York Times:  There are five reasons to bring down President Bashar al-Assad sooner rather than later.

First, American intervention would diminish Iran’s influence in the Arab world. Iran has showered aid on Syria and even sent advisers from its Islamic Revolutionary Guards Corps to assist Mr. Assad. Iran knows that if his regime fell, it would lose its most important base in the Arab world and a supply line to pro-Iranian Hezbollah militants in Lebanon.

Second, a more muscular American policy could keep the conflict from spreading. Syria’s civil war has already exacerbated sectarian strife in Lebanon and Iraq — and the Turkish government has accused Mr. Assad of supporting Kurdish militants in order to inflame tensions between the Kurds and Turkey.

Third, by training and equipping reliable partners within Syria’s internal opposition, America could create a bulwark against extremist groups like Al Qaeda, which are present and are seeking safe havens in ungoverned corners of Syria.

Fourth, American leadership on Syria could improve relations with key allies like Turkey and Qatar. Both the Turkish prime minister, Recep Tayyip Erdogan, and his Qatari counterpart have criticized the United States for offering only nonlethal support to the rebellion. Both favor establishing a no-fly zone and “safe zones” for civilians in Syrian territory.

Finally, American action could end a terrible human-rights disaster within Syria and stop the exodus of refugees, which is creating a burden on neighboring states. . . .

A “lead from behind” approach can work in Syria. President Obama need only apply it.