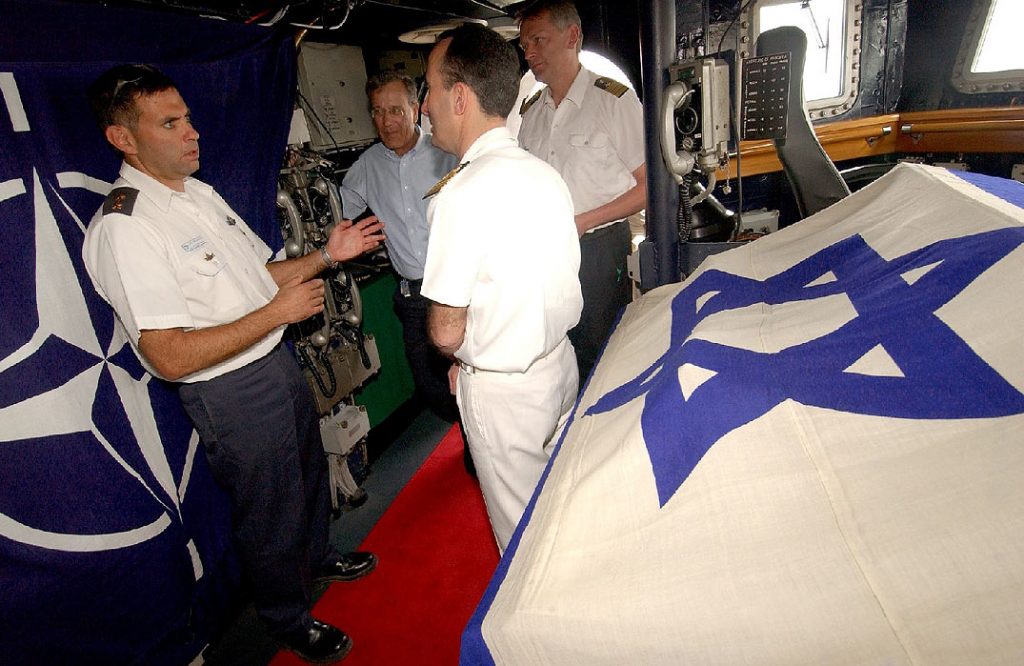 From Ben Hartman, the Jerusalem Post:  Sixty-four percent of Israelis would support a NATO deployment of peacekeeping troops to the West Bank and Gaza, according to a survey published by the Ben-Gurion University of the Negev on Monday.

The survey, compiled by Sharon Pardo, Jean Monnet Chair in European Studies in the Department of Politics and Government at BGU, found that the level of support for such a move was the same for both Arab and Jewish citizens of Israel.

Pardo’s survey also found 81% of Israelis would support European Union membership for Israel, and that in general, 43% of Israelis want stronger relations with the EU. . . .

When asked why Israelis are often seen as being at times anti-European, he said “we know that there is this misperception that Israelis are anti- European, and the survey shows that this is actually not the truth and that Israelis are de facto pro-European. They might not like policies of the EU and they may be critical of them, but they want to be as close as possible to the EU for a non-EU country.”

From Ben Gurion University of the Negev:  According to Pardo the study showed that 68% (2009: 54%) of Israelis support joining NATO while 64% (2009: 54%) of Israelis are also supportive of NATO deploying troops to the West Bank and Gaza in a peace-keeping capacity. There was no difference found in this support between the Jewish and Arab citizens of Israel (63% vs. 64%).  (photo: NATO)