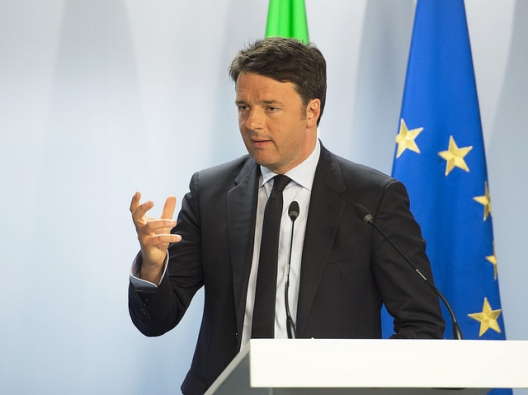 [T]he turmoil sweeping the southern and eastern shores of the Mediterranean today threatens to transform Europe’s strategic outlook on security matters. The United States must pay careful attention to the growing gaps in the ways Washington and its European partners define the greatest dangers to their common well-being.

“For us, the biggest threat comes from the South,” says an Italian friend deeply experienced in NATO matters who now spends his time worrying about waves of migrants fleeing the wars, poverty and breakdowns in governance along the Mediterranean littoral. “Our nightmares are not about Russian tanks invading from the east. They are about the terrorists a short boat ride away in Libya.”

“Nobody in France is debating about arming Ukraine,” a conservative French parliamentarian once known for his hawkish Cold War views told me this week. “We are debating how much national surveillance we need to spot terrorists returning from war zones in Syria and Iraq, and how to stop Africa from completely imploding….”

Italy is likely to see 200,000 migrants come ashore this year, Prime Minister Matteo Renzi told me this month in Washington, where he appealed to President Obama for U.S. support for European efforts to handle that tide. European Union leaders pledged ships and other help at a summit Thursday.

Washington should now see to it that NATO’s Atlantic Resolve mission to bolster Ukraine’s neighbors is matched by alliance involvement in the Mediterranean crisis. That involvement — call it Mediterranean Resolve — would take a different form, but it would also demonstrate that security is indivisible for all NATO members. The forces driving desperate people from Eritrea, Syria, Mali and other failing countries to put their fate in the hands of human smugglers in Libya are global ones that require a coordinated response from history’s most successful alliance.

Jim Hoagland is a contributing editor to The Post. His e-mail is [email protected].