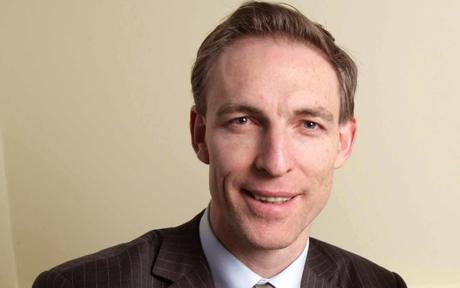 From Jim Murphy, the Labour Party:   Defence is becoming more expensive, more intricate and more unpredictable. But we live in a global era, and there is no opt-out. The problems we face are shared and many of the solutions need therefore to be collective. . .

European nations worked together in the Balkans, Chad and Afghanistan and around the world in EU, UN and NATO missions. We have joint objectives and standards, priorities and interests. But there are three key political challenges which could undermine our ability to continue and to maximise this approach.

First is that the current political and economic turmoil in Europe undermines calls for greater multilateralism. We have all been rapt by recent events, knowing that the shape of the EU will never be the same again after recent historic events. To argue for greater co-operation on defence at the very moment economic union has put livelihoods at risk will be difficult to say the least. The financial crisis has ushered in protectionist sentiment which will shape national identities, not just economic policy, at arguably the time when nations are more reliant than ever before on each other for national security.

Second, our publics are wary and weary. There is a widespread public reticence towards international, expeditionary action. Mixed and impatient European public opinion towards Libya demonstrated this. No allied combat casualties and a lack of collateral damage from what has been termed a ‘new model’ of intervention may help persuade publics of our ability to act and the value of doing so, but multilateralist, proactive action will be hampered by public scepticism and reserve arising from the recent experiences of overseas conflicts. . . .

The third challenge is the recognition that NATO, not the European Union, will be the forum through which action is agreed and taken but for that to be successful a greater contribution is needed from European nations. NATO is more reflective of the breadth required of coalitions which will have the might and influence to help support indigenous populations and facilitate regional solutions. NATO is key also to the continued support and engagement of the United States. But this depends on NATO becoming more capable, deployable and balanced.
At once, the Libya campaign demonstrated each of these factors. Despite the difficulties Libya is testament to Nato’s enduring relevance: the mission was swift and successful. The engagement of both the UN and NATO meant the Arab League and in particular nations such as Qatar were fully engaged. But it also demonstrated something else about NATO. That just eight of 28 members contributed is not enough. This was not a cross-Alliance effort. French Foreign Minister Alain Juppé said of the differences between France and Germany, "The common security and defence policy of Europe? It is dead."
European governments have to be more honest with each other and about their capacity within NATO. There are too many never-to-be-used battle tanks, unusable fast jets and undeployable army conscripts. The 27 EU member states have half a million more men and women in uniform than the Americans but can deploy a fraction of the capabilities the US can. Amongst all the talk of coalitions of the willing, the act of creating a coalition of the capable may in the future be a bigger challenge. That is not sustainable if we want to project power in a world where it is shifting to emerging nations and economies.
Many, in particular over the Atlantic, have come to the conclusion that the transatlantic alliance will only be more meaningful if it is more reciprocal.
That means greater burden sharing – France, UK and Germany represent 65% of all defence expenditure in NATO Europe and 88% of R& ;T investment. That also means greater deployability of assets – the EU spends E200bn on defence a year, more than any country except the US, and has two million European troops in uniform, but only 5% deployable at any one time. And, yes, that also means nations aiming to meet the NATO expenditure targets on defence. . . .
I believe we can overcome much of the scepticism about wider and deeper European nation co-operation only if we confront it. If we show we have the means to respond effectively and flexibly to today’s threats at a time of austerity. . . .
In today’s world the prosperity, security, liberty and civil liberties of those at home cannot be separated from events beyo nd our borders. The era of a global recession and the global threat of terrorism prove that to any residual doubters. Threats are transnational. A belief that you have responsibility beyond your borders is not, as some would have it, ideological, but, a necessary response to the world in which we live. That essential internationalism demands of us a new integrated and internationalist defence posture.
In Europe, we need to integrate with all our partners, and if we do not want the title ‘The Pacific President’ to stick to President Obama then the onus is on Europe to act.
Jim Murphy MP, is Labour’s Shadow Defence Secretary.  (photo: Telegraph)
Economy & Business European Union International Organizations Politics & Diplomacy United Kingdom United States and Canada