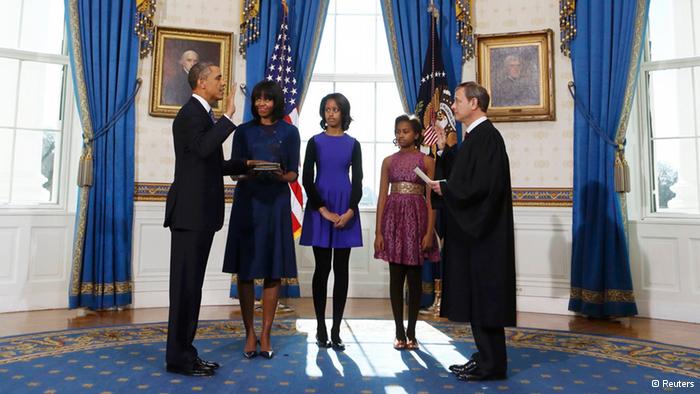 From Anne-Marie Slaughter, Washington Post:  In Washington, the period between an election and an inauguration is a fertile time for big, ambitious ideas, reports and essays. Foreign policy wonks are partial to laying out “grand strategies”: sweeping statements of the means through which the United States should achieve its goals in the world. Veterans of the White House efforts to craft a National Security Strategy, as commanded by Congress, typically shake their heads at these lofty pronouncements. But articulating a basic approach to the world can provide a starting point from which to tackle a wide array of challenges. Complete consistency is impossible, but a good grand strategy can increase the coherence of an administration’s decisions.

Obama’s choice of a grand strategy for his second term could help drive a more proactive foreign policy, defining a legacy that is more than the sum of responses to crises.

The iconic grand strategy was George Kennan’s “containment” — the proposition that the United States should not try to roll back communism but instead should contain the Soviet Union until it imploded on its own. Kennan, an American diplomat, laid out this view in his famous 1946 “Long Telegram” from Moscow, and his ability to sketch the future of U.S. foreign policy in one word has haunted strategists ever since.

There have been other efforts. In the 1930s the grand strategy, which Franklin Roosevelt pushed steadily against, was isolationism, the view that the United States could best safeguard its interests by staying out of other countries’ affairs. In the first Clinton administration, national security adviser Anthony Lake tried to replace containment with enlargement,a grand strategy of steadily expanding the community of democracies. The concept drove President Bill Clinton’s decisions to support the growth of NATO and the European Union. . . .

The Atlantic Council’s report, “Envisioning 2030: US Strategy for a Post-Western World,”was principally drafted by Robert Manning, a council senior fellow and former State Department official. It builds on a recent report by the National Intelligence Council that outlined four scenarios for 2030: one in which the United States draws inward and economic globalization stalls; a best-case world in which Washington and Beijing collaborate on international problems; a bleak future of inequality and resulting conflicts between and within countries that the United States is unable or unwilling to police; and a world in which corporations, activists and other nonstate players take the lead in addressing global challenges.

The Atlantic Council report concludes that the United States can work to avoid the more negative scenarios by leading “actively, vigorously, and strategically.” Essentially, an America that hangs back is asking for trouble. At the same time, Washington should lead more collaboratively, working with and through partners (Europe, NATO, Japan, Korea, Australia and Singapore, for example) and coalitions whenever possible. In particular, U.S. cooperation with China will be “the most crucial single factor” shaping the world in 2030.

But the real strength of “Envisioning 2030” is less in some unifying concept than in its specific proposals. It calls for an integrated U.S.-European market through a free-trade agreement, for instance, as well as coordinated efforts among Washington, the European Union and Persian Gulf states to provide funding and other incentives for market reforms across the Middle East.

I suspect that the Obama administration thinks it is already taking this approach; in a speech as early as July 2009, Secretary of State Hillary Rodham Clinton called for a “multi-partner world.” That is the philosophy behind her launching of the annual U.S.-China Strategic and Economic Dialogue, which involves more than 200 U.S. officials, as well the growing strategic dialogue with India and developing partnerships with Turkey and Indonesia. . . .

The best part of a new grand strategy is that it offers a compelling vision of the world it seeks to achieve. Strategies are means for achieving ends, but the most important question is where we want to go. That is the statement of national purpose and direction that only Obama can provide on Inauguration Day. Then we can design a grand strategy to get there.

Anne-Marie Slaughter is a professor of politics and international affairs at Princeton University. She served as director of policy planning at the State Department from 2009 to 2011.  (photo: Reuters)