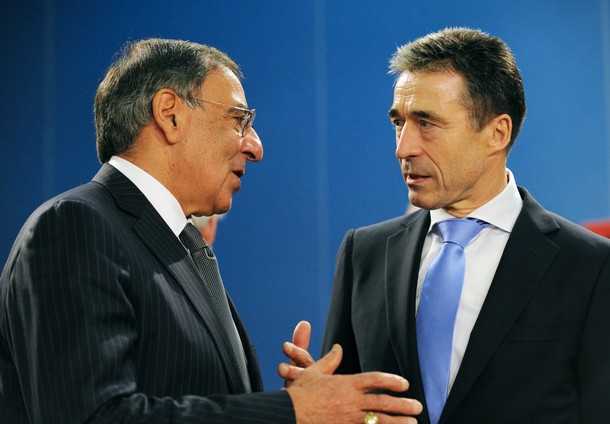 From Hans Binnendijk, the International Herald Tribune:  European nations have slashed their defense budgets to record low levels without much regard for NATO’s overall defense requirements. And last week the United States announced that it would remove two of its four Brigade Combat Teams from Europe.

Those European reductions are beginning to weaken NATO’s core military capabilities. Most European defense cuts have been across the board, creating the potential for hollow forces with low readiness and low sustainability levels. More recently key allies like the British and Dutch have eliminated entire military categories such as carrier aviation and armor.

The alliance is certainly not doomed. In 2011, Europe still had two million personnel under arms and spent about €215 billion on defense; those numbers are declining. NATO emerged victorious in Libya without losing a man; and maritime operations are having a positive impact against pirates and terrorists. The Afghanistan coalition was shaken recently with France’s decision to withdraw early, but NATO Secretary General Anders Fogh Rasmussen has since said that the United States and its allies would step back from a combat role in Afghanistan in mid-2013.

The real long-term risk to NATO is that gaps will appear in the European force structure that the United States won’t be able to fill, and that the alliance will be unable to act in a future crisis. That risk needs to be faced squarely at the NATO summit in Chicago in May.

Panetta and Clinton might consider a five-part plan to deal with this looming problem. First, NATO needs to define more precisely what military capabilities are needed to meet its three agreed tasks: collective defense, crisis management and cooperative security. NATO’s Allied Command Transformation has been unable to design such a “must have” priority list.

The U.S. National Defense University has just completed a major study on this which might serve as a starting point for prioritization. Skilled military personnel, technology and deployable capability are more important than massed armies and large installations. . . .

NATO must keep up its guard even in times of austerity. It may also need to lower its level of ambition and focus on priority missions. These five measures can maximize military efficiencies and maintain basic confidence that the Alliance will be able to deal with the uncertain challenges that lie ahead. . . .

Hans Binnendijk is vice president for Research and Applied Learning at the National Defense University and a member of the Atlantic Council’s Strategic Advisors Group. These views are his own and do not necessarily represent those of the U.S. government.  (photo: Getty)