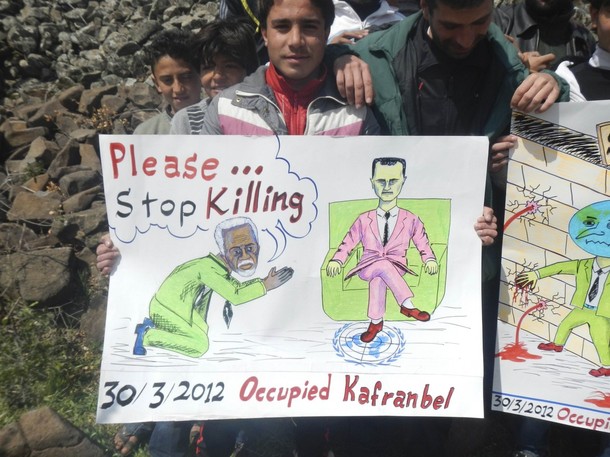 From Henry A. Kissinger, the Washington Post:  Not the least significant aspect of the Arab Spring is the redefinition of heretofore prevalent principles of foreign policy. As the United States is withdrawing from military efforts in Iraq and Afghanistan undertaken on the basis (however disputed) of American national security, it is reengaging in several other states in the region (albeit uncertainly) in the name of humanitarian intervention. Will democratic reconstruction replace national interest as the lodestar of Middle East policy? Is democratic reconstruction what the Arab Spring in fact represents?

The evolving consensus is that the United States is morally obliged to align with revolutionary movements in the Middle East as a kind of compensation for Cold War policies — invariably described as “misguided” — in which it cooperated with non-democratic governments in the region for security objectives. Then, it is alleged, supporting fragile governments in the name of international stability generated long-term instability. Even granting that some of those policies were continued beyond their utility, the Cold War structure lasted 30 years and induced decisive strategic transformations, such as Egypt’s abandonment of its alliance with the Soviet Union and the signing of the Camp David accords. The pattern now emerging, if it fails to establish an appropriate relationship to its proclaimed goals, risks being inherently unstable from inception, which could submerge the values it proclaimed. . . .

For the United States, a doctrine of general humanitarian intervention in Middle East revolutions will prove unsustainable unless linked to a concept of American national security. Intervention needs to consider the strategic significance and social cohesion of a country (including the possibility of fracturing its complex sectarian makeup) and evaluate what can plausibly be constructed in place of the old regime. At this writing, traditional fundamentalist political forces, reinforced by alliance with radical revolutionaries, threaten to dominate the process while the social-network elements that shaped the beginning are being marginalized.

U.S. public opinion has already recoiled from the scope of the efforts required to transform Vietnam, Iraq and Afghanistan. Do we believe that a less explicitly strategic involvement disclaiming a U.S. national interest will make nation-buildingless complex? Do we have a preference as to which groups come to power? Or are we agnostic so long as the mechanisms are electoral? If the latter, how do we avoid fostering a new absolutism legitimized by managed plebiscites and sect-based permanent majorities? What outcomes are compatible with America’s core strategic interests in the region? Will it be possible to combine strategic withdrawal from key countries and reduced military expenditures with doctrines of universal humanitarian intervention? Discussion of these issues has been largely absent from the debate over U.S. foreign policy regarding the Arab Spring.