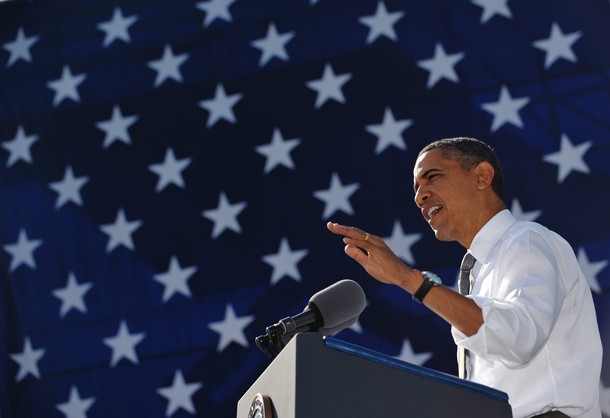 From Helene Cooper, the New York Times:  President Hu Jintao of China will arrive in Cannes, France, this week pondering a plea from Europe for tens of billions of dollars to help the continent get out of its debt crisis. And President Obama will arrive with a smile, some hearty handshakes, and his own plea: that Greece get its act together and that Europe fix its economic ills , which he has called one of the biggest drags on the United States’ own ailing economy.

The two contrasting appearances at the Group of 20 economic meeting are a stark example of waning American influence. Without the spare cash that Mr. Hu has at his disposal — and the power that can come with it — Mr. Obama has struggled to cajole his own allies into taking the steps he believes are necessary to lift the global economy.

Yet the relative decline of the United States as an international force also comes with a silver lining. For decades, the United States has been the global rescuer of last resort. It is a role that has brought significant costs, both financial and human.

The last few months may well end up being an inflection point, in which the United States, though easily still the world’s leading power, no longer has quite the responsibility or the burden it once did. The pattern has been evident in the Arab Spring, with the American military playing mostly a supporting role in Libya, and now in the European financial crisis, with Asian money coming to aid the Europeans.

“Why would the United States want to have influence over a train wreck?” said George Friedman, the chief executive of Stratfor, a geopolitical risk analysis company. “If the Chinese want to provide $150 billion bailing out European banks, more power to them. . . .”

Arriving in Cannes on Thursday, Mr. Obama will be trying to balance providing that leadership while not taking on any of the additional burden — particularly financial — that such leadership often requires. . . .

But for all the acceptance that the United States will no longer be the world’s policeman and financier, the emerging strategy carries risks.

China, for instance, is bound to try to extract concessions from Europe for any aid, and the United States could end up losing Europe as an ally in pressuring China to take important economic steps of its own, like allowing its currency to float on the open market, which both European and American policy makers want.

And while the political appetite for myriad military adventures overseas might be on the wane in Washington, the American military remains the world’s most formidable, and the most likely to be called on to back American allies like Israel, Japan and South Korea.  (photo: Getty)