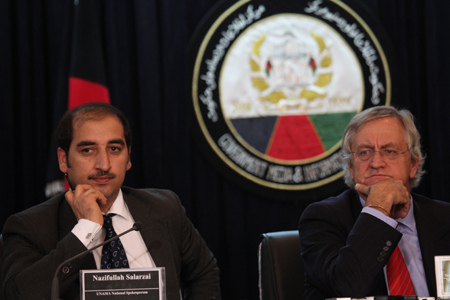 From Mirwais Harooni, Reuters:  Civilian casualties in Afghanistan dropped 15 percent in the first six months of the year, despite a recent surge in militant attacks, with deaths blamed on NATO-led troops and Afghan forces declining sharply, the United Nations said on Wednesday.

Afghan civilian deaths have been one of the biggest irritants in relations between President Hamid Karzai’s government and its Western backers.

The figures showed 1,145 civilian deaths between January 1 and June 30, as well as 1,954 civilians wounded, representing a 15 percent decrease over the same period last year. About a third of those killed or wounded were women or children.  (photo: UNAMA)