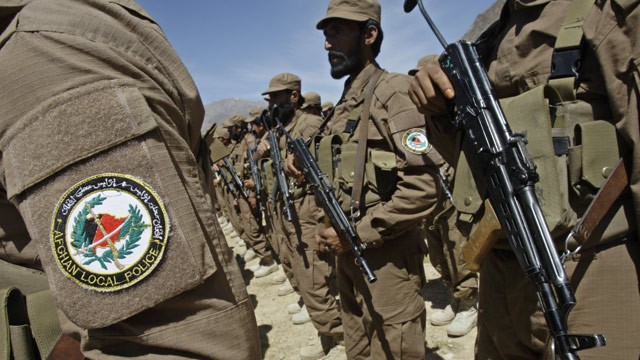 From the BBC:  The US says it is suspending training for new recruits to the Afghan local police (ALP) while checks are carried out on possible ties to the Taliban.

The move follows a series of incidents in which foreign troops have been killed by Afghan soldiers or policemen.

The suspension of training – which only applies to new ALP recruits – will allow US special operations forces to "re-vet" current ALP forces.

US special forces currently have around 1,000 Afghan local police trainees.

"While we have full trust and confidence in our Afghan partners, we believe this is a necessary step to validate our vetting process and ensure the quality indicative of Afghan local police," Col Thomas Collins, spokesperson for US forces in Afghanistan, said in a statement.

The suspension of training would be "temporary", according to Col Collins, adding: "Despite the recent rise in insider attacks, they are relatively rare among SOF [Special Operations Forces]-partnered forces."

An existing eight-step vetting programme will be made more rigorous, officials say.

The number of counter-intelligence teams will be increased and there will be greater vetting when Afghan soldiers return from leave. . . .

The Afghan army and national police, trained by Nato, are unaffected by the suspension. The training of Afghan special forces will also continue.