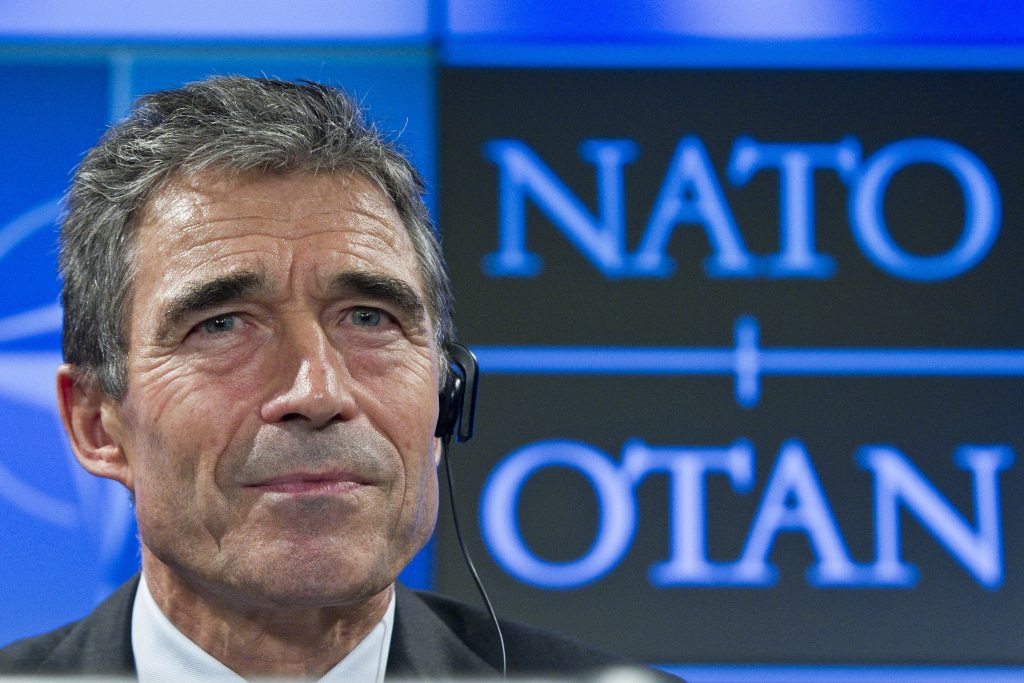 From Anders Fogh Rasmussen, NATO:  Next week, NATO Defence ministers and our partners will meet here in Brussels. We will have two major items on our agenda. Firstly, our missions in Afghanistan and Kosovo, and secondly, our Defence capabilities. . . .

Next week, I expect ministers to take a step forward in planning our next mission – to provide training, advice and assistance to the Afghan forces after the end of 2014, once they have full responsibility for their country’s security.

We have already begun the planning process. And I expect ministers to conclude the first phase by approving the broad framework for the mission.

This will guide our military experts as they take the planning process ahead. My goal is for us to agree on a detailed outline early next year, and to finalise the plan well before the end of 2013. This will give us the time we need to make sure the transition to the new mission is seamless.

It will also mark our commitment to working with our partners.

So it is only right that they should share the planning of operations to which they have committed.  And I would expect the partners who have joined the planning process for the post-2014 mission to endorse the broad framework of the plan, alongside the 28 Allies, when we meet next week.

The second main item on the agenda for the Defence Ministers meeting will be our defence capabilities. We will make sure we keep up the momentum on Smart Defence, finding more ways
to become more efficient in the way we go about the business of security.

We are already moving forwards. At the Chicago Summit, we approved a list of 22 multinational projects which will give Allies more access to crucial capabilities, with less strain on their budgets. These cover areas such as clearing roadside bombs, sharing smart munitions, and pooling maritime patrol aircraft.

And smart defence has really got momentum. Since Chicago, we have already brought two more projects to a stage where Allies can put them into practice. I expect around 10 more to be added in the coming months. And there are around 100 other projects which are under consideration. . . .

There is still much to do. We need to discuss new ways to increase our cooperation – not just in terms of projects, but of long-term planning. We need to determine how NATO, as an Alliance, can best support the development of vital capabilities.

It is a complex challenge. But the goal is simple: to make sure NATO remains the most modern, most capable and most effective Alliance in the world.