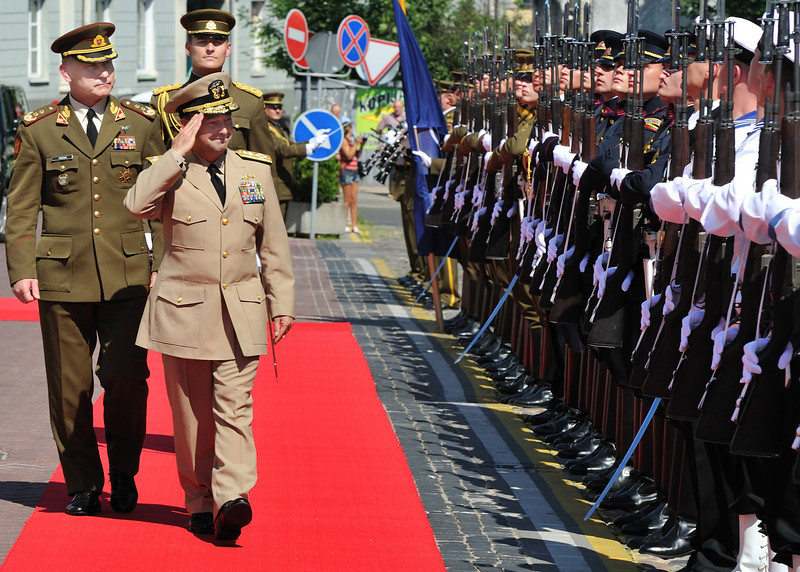 From Allied Command Operations:  Supreme Allied Commander Europe, Admiral James Stavridis visited Lithuania as part of his outreach effort to establish close relationships with the leadership of NATO member countries. He met with President H.E. Ms. Dalia Grybauskaitė, Minister of Foreign Affairs Mr. Audronius Ažubalis, Minister of Defence Mrs. Rasa Juknevičienė and the Chief of Defence Maj. Gen. Arvydas Pocius. The leaders conducted talks in which they shared views on how to take the Alliance forward.

Admiral Stavridis conveyed his latest appraisal of NATO’s progress in Afghanistan and highlighted the part Lithuania has played. "I want to convey to you how happy we are with your efforts in Afghanistan, first of all for Lithuania’s remarkable contribution to ISAF through the Chaghcharan Provincial Reconstruction Team and for contributing as well to the special operations’ role, which I consider key components to our stability and security efforts," said Stavridis.