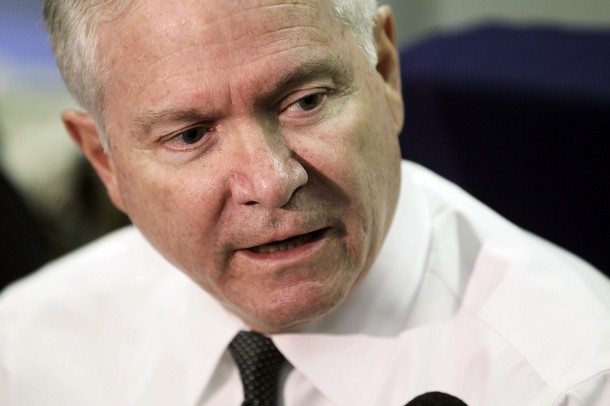 From Mark Landler and Steven Erlanger, the New York Times:  “This is complicated,” Defense Secretary Robert M. Gates said to reporters with him in Moscow. “This command-and-control business is complicated. We haven’t done something like this, kind of on the fly before. So it’s not surprising to me that it would take a few days to get it all sorted out.”

From the Wall Street Journal: "For us, this operation is carried out by a coalition," [French Foreign Minister Alain] Juppé told the French National Assembly, the lower house of the country’s parliament. "So it’s not a NATO operation."

From Patrick Donahue, Bloomberg:  “It must be possible in an alliance that you can have differing opinions on individual questions or that you don’t take part in certain activities,” [German Defense Minister Thomas] de Maiziere said. “You can’t take part a little bit, either you take part or not at all.”

From Stephanie Bodoni, Bloomberg:  Luxembourg Prime Minister Jean- Claude Juncker called for the North Atlantic Treaty Organization to take over “the great part of the command structure” of the coalition operation to impose a no-fly zone over Libya. …

“We regret the European disorganization on this question,” Juncker told reporters today in Luxembourg.

From Slobodan Lekic, the AP:  Alliance spokeswoman Oana Lungescu said the action was to "cut off the flow of arms and mercenaries. We have intelligence reports that this activity is continuing, so it is quite important that NATO take action to stop this," she said.

"These are difficult discussions on very difficult issues," Lungescu said. "What you are seeing now is all 28 allies discussing them in a very constructive spirit."

From Con Coughlin, the Telegraph:  Mr Obama and his generals can’t wait for the opportunity to hand over responsibility for the mission to someone else. As one senior US officer told me yesterday: "The Europeans wanted the no-fly zone; so the Europeans can command the no-fly zone."

From Jon Dougherty, Newsroom America:  "NATO is in complete disarray," James Ludes, director of the think tank the American Security Project, told the Times. "Everyone seems to have a different idea about what this is and where it is going."

He said if the allies could not agree on a solution, "we will be left holding the baby."

From Kori Schake, Shadow Government:  “This is what comes from a lack of leadership by the United States. The medium powers squabble, and we do most of the work.”   (photo: Getty)