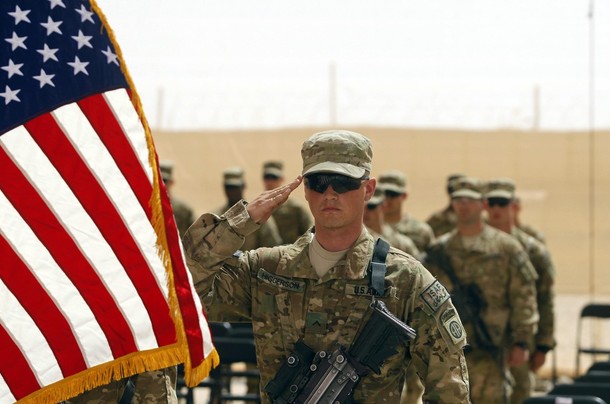 From Nicholas k.Gvosdev, World Politics Review:  For the past 20 years, the United States has shown a willingness to use its armed might, but only in cases where the overwhelming American economic, military and technological advantages could be leveraged to reduce substantially the risk of loss to both people and equipment. Many of these campaigns, often conducted with allies, have been quite lopsided. Consider the 1999 NATO operation against Yugoslavia. On one side was an alliance with a combined population numbering in the hundreds of millions, whose member states included three nuclear powers and comprised most of the top 15 nations of the world in terms of defense expenditures. On the other was a country with a population smaller than the greater Los Angeles area, one that had already been under sanctions for several years.

Nonetheless, NATO almost did not succeed in forcing Slobodan Milosevic to capitulate, in part because alliance members’ aversion to sustaining losses limited them to an air campaign that lasted 78 days. A similar observation could be made about last year’s Libya campaign. Even in places where losses have been sustained, in terms of both lives and materiel — as in Somalia, Iraq and Afghanistan — it was due to guerilla or insurgent resistance that followed the initial combat phase, which in all three cases lived up to the promise of low-cost, massive-impact events. As retired Gen. Tony Zinni noted in describing the 2003 U.S. campaign against Saddam Hussein, "Ohio State beat Slippery Rock 62 to 0. . . ."

And so we come back to the declinist debate. No country will be able to stop or defeat the United States in a military clash for at least the next 30 years. . . .

But other countries are gaining the capabilities that will enable them to “put points on the board,” in ways that Milosevic or Hussein could not. A military clash with Iran over its nuclear program, for example, is not likely to be a repeat of Zinni’s Ohio State-Slippery Rock match. The ultimate outcome is not in doubt — Iran, after all, is at best a regional power under severe economic strain, with only a fraction of the technological and industrial base enjoyed by the United States. But Americans might be far less supportive of a clash with Iran whose score, to use Zinni’s metaphor, ends up being 35-7, with losses of men and equipment that haven’t been suffered in living memory. For an idea of what the reaction may be, consider the shock felt in Britain in 1982, when its military lost ships and planes to the Argentines in the Falklands War.

The concern over "decline" is not that the U.S. is about to stop being a superpower; it is that future likely adversaries are not going to be the pushovers the U.S. has gotten used to for the past 20 years. U.S. advantages on the field aren’t going to disappear, but they will be reduced. As a result, the costs for U.S. action will be raised, and this may very well place clear limits on the willingness of any administration, Democratic or Republican, to be as interventionist as their predecessors have been.

Nikolas K. Gvosdev is on the faculty of the U.S. Naval War College. The views expressed are his own and do not reflect those of the Navy or the U.S. government.  (photo: Reuters)  (via RealClearWorld)