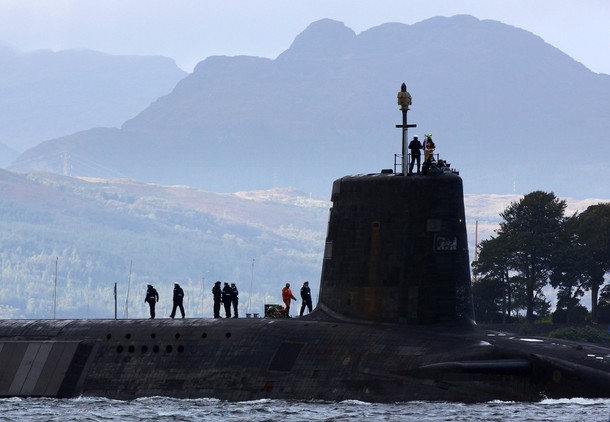 From John Barry, Newsweek:  No other NATO ally has the ability—and willingness—to deploy forces like Britain. Which is why the Pentagon is standing by with a sense of foreboding as the U.K. undertakes a formal review of its defense posture. The question now arising in certain circles is how much backup America can count on after the recession-battered British government makes deep cuts to its military budget. “It’s bad. It’s really bad,” says a senior NATO official in Brussels, who asked not to be identified discussing a sensitive topic. …

Foreign Secretary William Hague has publicly pledged that the review will lead to “no strategic shrinkage” in Britain’s military capabilities. Defense Secretary Liam Fox has vowed that the U.K. will retain “robust and well-equipped armed forces, capable of intervening abroad whenever necessary.”

But both men’s promises are dismissed by four sources involved in, or briefed on, the three options that, NEWSWEEK has learned, have gone to the NSC. All propose dramatic cutbacks in British forces—and, by extension, the country’s role in future conflicts. The sources, who asked not to be named for the same reason, say the choices (as labeled by the review team) can be summed up as follows:

In “Committed Britain,” the focus is Afghanistan and future wars like it, so forces would be capable of counterinsurgency operations, but little else. In “Vigilant Britain,” the focus would be on homeland defense, with an emphasis on naval power, but land forces incapable of anything beyond “an occasional foray,” says one source. “Adaptable Britain” is the most expansive of the three, but it, too, envisions deep cuts. The Army could end up with four deployable units of about 4,000 each, while the Air Force would lose 60 percent of its fast jets. Still, the country would retain at least a bare-bones, multiservice defense force—and, if carefully managed, a basis for rebuilding the military when the budget crunch has eased. Whitehall optimists think it’s likely that Cameron will go for this option.  (photo: Jeff J Mitchell/Getty)