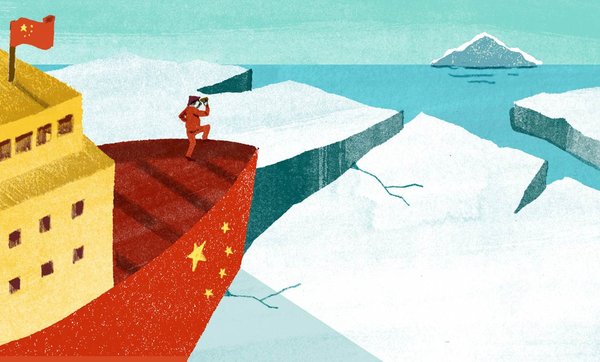 From Steven Lee Myers, New York Times: The Arctic Council agreed on Wednesday to expand to include six new nations, including China, as observer states, as a changing climate opens the Arctic to increasing economic and political competition.

The inclusion of observer states to the council came after a spirited debate at the council’s biennial meeting and reflected the growing prominence of the issues facing the region. The council includes the eight Arctic nations: Canada, Denmark, Finland, Iceland, Norway, Russia, Sweden and the United States.

With the Arctic ice melting, the region’s abundant supplies of oil, gas and minerals have become newly accessible, as have shortened shipping routes and open water for commercial fishing, setting off a global competition for influence and economic opportunities far beyond the nations that border the Arctic. . . .

In addition to China, the other nations granted observer status to the Arctic Council were India, Italy, Japan, Singapore and South Korea. All have sought economic opportunities in the region and viewed participation in the Arctic Council as a means of influencing the decisions of its permanent members. The European Union also applied as an observer, but its final status remained unresolved pending resolution of a dispute with Canada over trade in seal products. . . .

In 2010, only four ships carrying 111,000 tons of cargo made the northern passage; by last year, 46 did, carrying 1.26 million tons. Among those was China’s first ship through the Arctic, an icebreaker called Xuelong, or Snow Dragon.

The United States had not previously taken a public position on the question of observer states at the Arctic Council, but after Mr. [John] Kerry brokered a compromise during a debate over dinner on Tuesday night that became spirited, it joined the others in expanding the council’s future participants. The Arctic Council will hold its next meeting in 2015 in Canada.  (graphic: Daniel Haskett/New York Times)