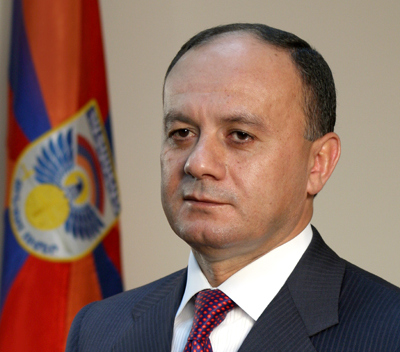 Armenia has reportedly bought long-range rockets from China, in what would be both an escalation of the rocket race between Armenia and Azerbaijan and a dramatic entry of China into the regional conflicts of the South Caucasus. Radio Free Europe/Radio Liberty reported:

Armenia has acquired Chinese multiple-launch rocket systems with a firing range of up to 130 kilometers, a military source in Yerevan told RFE/RL’s Armenian service (Azatutyun.am) on Monday.

Speaking on the condition of anonymity, the source declined to specify the quantity of the AR1A systems obtained the Armenian military and the dates of their delivery or give other details of the alleged acquisition.

The Ministry of Defense declined to confirm or deny the report, but that’s not unusual for Armenia’s secretive MoD So assuming the report is true, how should we interpret it?

In an analysis for Regnum.ru, David Arutyunov puts it in the context of Azerbaijan’s recent purchase of Russian Smerch multiple-rocket launch systems, of which the Chinese AR1A are an upgraded version (for example, the Chinese rockets have a range of 130 kilometers, versus 90 kilometers for the Smerch). “A tendency is noticeable over the last decade in which Azerbaijan and Armenia are giving priority in their strategy of arms development to MRLS of great distance and caliber,” he writes. And those systems, he notes, would be useful for attacking not just military formations but also strategic economic sites.