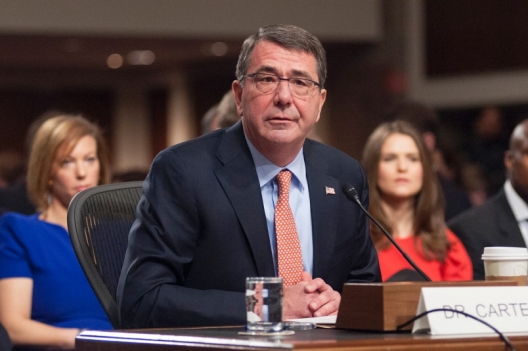 The United States and NATO should reject Russian assertions that Moscow is entitled to a “sphere of influence” in Eastern Europe — and build militaries capable of handling “any opponent,” said the nominee to be the next US defense secretary.

Ash Carter, in a 42-page document prepared for the Senate Armed Services Committee, addresses issues from Russia to Afghanistan to cyber war to the US defense budget.

In the responses, obtained by Defense News, the nominee struck a forceful tone about Russia and its recent aggression in Ukraine.

“I reject the notion that Russia should be afforded a ‘sphere of influence,’ ” Carter wrote. “If confirmed, I will continue to encourage US partners, such as Moldova, Georgia, and Ukraine, to build their security capacity and military interoperability with NATO.”

Carter also said the US should maintain its lead role in “collective defense planning” among NATO allies, and that he would urge allies “to invest in military capabilities that that can impose costs on any opponent” while pushing large and small NATO allies to invest more money and resources “in capabilities that are needed by the alliance….”

With Moscow re-asserting itself in eastern Europe, Carter told the panel he would “work personally to encourage all [NATO] allies to meet” their promises.