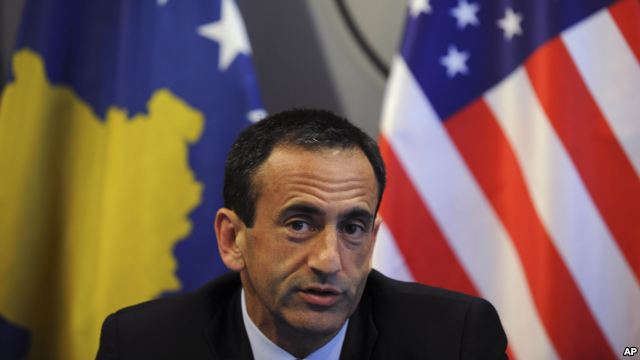 From Philip H. Gordon, Department of State:  Just consider the immense challenges we are confronting: an economic crisis that has hurt people on both sides of the Atlantic, the drawdown of troops in Afghanistan, and a new wave of democratic reform and unrest across the Middle East and North Africa.

Some in Central Europe may look at these problems and conclude that the U.S. is no longer focused on their part of the world. But that conclusion misses an essential point. The unique relationship we had with Central Europe in the immediate post-Cold War period has evolved into a 21st century partnership that is based not only on the shared values and interests that have long joined us together, but also on the shared responsibilities that we now face together as allies. . . .

First and foremost, the United States and Central Europe are bound together by shared values and a common commitment to protect those values — whenever and wherever they are challenged. NATO remains the bedrock of that commitment. As President Obama has said, there are no old members, there are no new members, there are just members. We remain inextricably linked by our unwavering commitment to Article 5, according to which an attack on one is an attack on all.

That political truth is reflected in practical terms. Although fiscal and strategic realities compel the United States to alter our global force posture, our commitment to European security and stability remains rock solid. While this does not equate as directly to large numbers of U.S. troops as in the past, we remain committed to maintaining a robust force presence in Europe. After global reposturing is complete, there will still be more American forces permanently stationed in Europe than anywhere else in the world other than the continental United States.

Furthermore, the restructuring does not signal a change in our perception of NATO’s value or its Article 5 guarantee. We remain committed to enhancing Allied interoperability and partner capacity in order to ensure that NATO remains ready to deter and address threats to our common security. That is why we have committed to identifying a U.S.-based brigade to participate in the NATO Response Force and to regularly rotate a battalion-sized task force to Germany for exercises and training. We are taking other steps to modernize Article 5, such as the establishment of a U.S. aviation detachment in Poland, missile defense deployments, and updated NATO planning efforts for all Alliance members.

This Administration’s approach to missile defense further demonstrates our commitment to European security. In the 20th century, NATO successfully prepared to defend Allied territory against what was then a very real Soviet challenge. Today, the proliferation of ballistic missiles outside of Europe poses a real and growing threat to the Alliance. The European Phased Adaptive Approach is designed to meet this threat with a proven technology that will cover more of Europe – including Central Europe – and cover it more effectively than the previously proposed system. We welcome the willingness of many of our allies to host components of this system, including Romania and Poland.

Another example of our commitment to the collective security is Baltic Air Policing, a NATO mission that enables the continuous presence of Allied fighter jets to patrol Baltic airspace. This example of ‘smart defense’, which was highlighted at the NATO Summit in Chicago last spring, allows allies to allocate their resources more effectively. Since 2004, Poland, Romania, and the Czech Republic – as well as numerous other NATO allies – have contributed aircraft and personnel in support of this mission.

In addition to preparing for possible threats, we are together bearing heavy responsibilities for ongoing conflicts. Our sons and daughters are serving side by side across the globe, with Central Europeans living up to their commitments as allies by becoming providers rather than consumers of security. Central Europeans are making robust contributions to the ISAF mission in Afghanistan, with all ten countries currently deploying a combined total of over 6500 troops. They are contributing nearly 800 troops to KFOR in Kosovo. In addition, Bulgaria and Romania deployed naval assets to help enforce the NATO-led arms embargo against Libya. . . .

In conclusion, these are clearly challenging times. The events of last week demonstrate and underscore our need for strong, capable and democratic partners who can help us address these challenges. The countries of Central Europe have demonstrated repeatedly that they are ready, willing and able to play that role. They are contributing militarily, economically and politically to demands at home and abroad. And the U.S. consults regularly with our Central European allies in bilateral and multilateral fora about our collective vision for joint action. The strength of our relationship is testament to bipartisan policy over the last several decades that has invested in these countries’ development and nurtured the ties that bind us. Together, we can continue the hard work of completing the ‘unfinished business’ in Europe’s east and responding to unfolding challenges in the wider world.