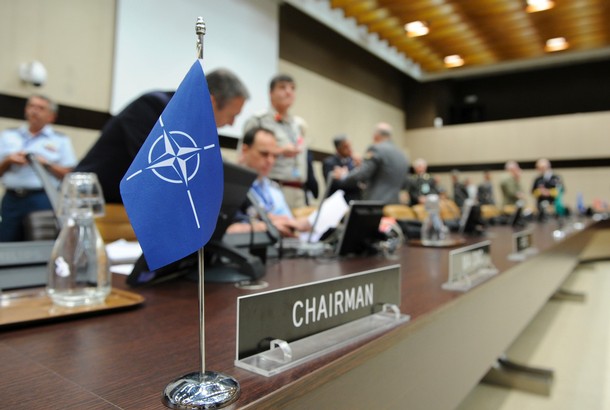 From Justyna Pawlak, Reuters:  Envoys from NATO member states will meet on Tuesday after Turkey requested consultations over the downing of its military jet by Syria, a NATO spokeswoman said on Sunday.

"Turkey has requested consultations under article 4 of NATO’s founding Washington Treaty. Under article 4, any ally can request consultations whenever, in the opinion of any of them, their territorial integrity, political independence or security is threatened," Oana Lungescu said.

"The NAC (North Atlantic Council) will meet on Tuesday at Turkey’s request. We expect Turkey to make a presentation on the recent incident."

A NATO diplomat said . . . "What Turkey may need is political support. We haven’t had any other request… It doesn’t necessarily lead to the next step."  (photo: NATO)