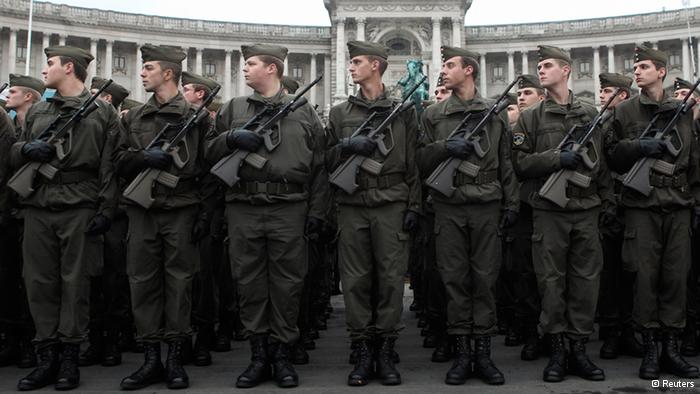 From Deutsche Welle:  In a national referendum, Austrians have voted to keep military conscription, bucking the trend towards professional armies in the rest of Western Europe.

In a referendum on Sunday, nearly 60 percent of Austrians voted to maintain the status quo, where men have to serve in the army for six months or in the civilian service for nine months when they reach the age of 18.

Some 22,000 young men are currently drafted into the military in this way every year.

This result makes Austria one of only a handful of European countries to maintain conscription. Most Western European nations scrapped compulsory military service in the last two decades, including France in 1996, Spain in 2001 and Germany in 2011. The United Kingdom abolished military service back in 1960.

There was, however, a key distinction in the way Austria decided to continue conscription, notes Henrik Heidenkamp, research fellow with the Royal United Services Institute (RUSI). "One needs to remember that this was a referendum – the public was asked how they feel about this," Heidenkamp told DW. "And in many other countries, in Germany for example, that was not the case … it was a decision based on a political judgment. . . ."

Opponents also feared that any change could push the country towards membership of NATO and thus force them to abandon the neutral status they’ve observed since the 1950s, because they would need to join an alliance to ensure their own security. Heidenkamp rejects this idea:

"If there really was a significant situation or threat of territorial integrity, today even with conscription there would be no way that Austria could defend itself without strong partners – NATO partners, European Union partners."  (photo: Reuters)