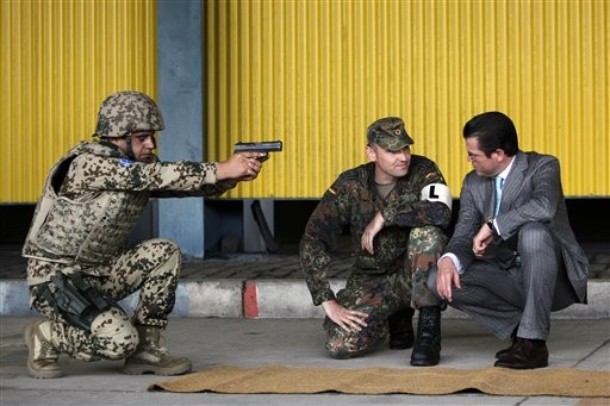 From news.am: Azerbaijan did not allow a German plane flying from Afghanistan to Armenia to enter its airspace. The NATO passenger aircraft was carrying a group of Armenian peacemakers to Yerevan. The Armenian servicemen completed their service in Kunduz, Afghanistan, under German command.

A source at the RA Ministry of Defense informed NEWS.am that the aircraft was to land in Yerevan at 8:30 p.m. local time. However, the plane flew to Cologne, Germany, and the Armenian peacemakers will return to Armenia from there.

The RA Minister of Defense views it as an attempt to disrupt the supply to NATO forces in Afghanistan and block the use of Armenia’s airspace and airports for transportations to Afghanistan. At present the Armenian side is discussing necessary steps to prohibit the access to its airspace for planes carrying military cargoes to Azerbaijan.