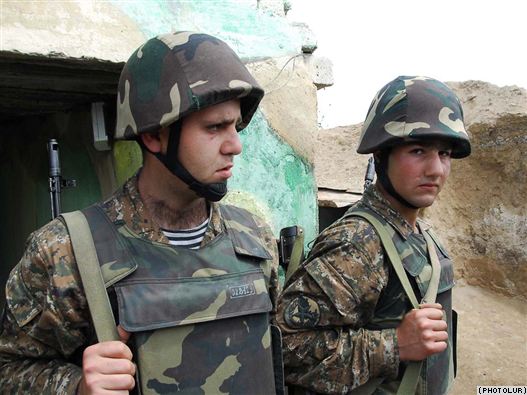 From Radio Free Europe/Radio Liberty:  Azerbaijan’s Defense Ministry has announced that three Armenian and two Azerbaijani soldiers have been killed in clashes near the disputed territory of Nagorno-Karabakh.

In a statement issued on September 1, the ministry blamed Yerevan for the incident, saying Armenian troops had crossed the line of control separating northern Nagorno-Karabakh from Azerbaijan proper and "tried to attack Azerbaijani forces."

Karabakh authorities, in turn, blamed the attack on Azerbaijani "special forces." Armenian media reported that only one Armenian soldier had been wounded in the assault.

RFE/RL’s Armenian Service quoted Defense Minister Seyran Ohanian as saying Azerbaijani accounts of the incident were false. "Azerbaijan has again shown its face [by launching the attack], but when we responded, they fled and suffered losses in the process," he said.

The clash is the latest outbreak of violence between Azerbaijani and Armenian troops in the long-standing dispute over Nagorno-Karabakh, the Armenian-majority enclave located inside Azerbaijani territory. …

The reported clash comes just ahead of a scheduled visit to Azerbaijan by Russian President Dmitry Medvedev on September 2-3.  (photo: Photolur)