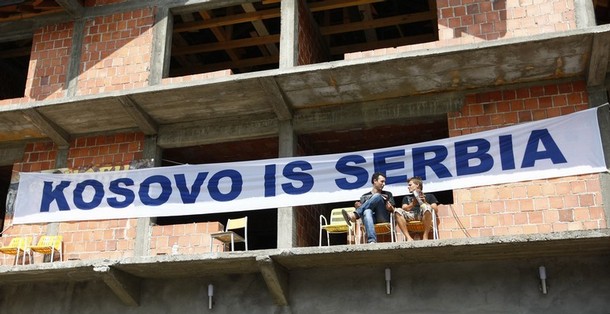 From James Stavridis, U.S. European Command:  Libya and Afghanistan seem to get all the headlines about NATO these days. But lately, I’ve been thinking and working on the Balkans. We need to make sure that the Balkan ghosts of violence from the 1990s don’t reappear.

The key NATO mission in the Balkans, of course, is Kosovo. At one time, NATO and our coalition partners had 50,000 troops stationed there in the early part of the last decade. When I arrived here in 2009, we still had over 15,000 troops from 32 nations maintaining a “safe and secure environment. . . .”

Yet the past week has been troubling, in that we’ve seen a flare-up of tensions in the north of Kosovo, where a large percentage of the population is ethnically Serbian and maintain close links to that country. We’ve seen shootings, the death of a Kosovo police officer, fires, and road-blocks.

Working closely with the European Union mission (called EULEX), our NATO and coalition forces (KFOR) have managed to ensure an uneasy peace which has held so far. But this is a matter of real concern. . . .