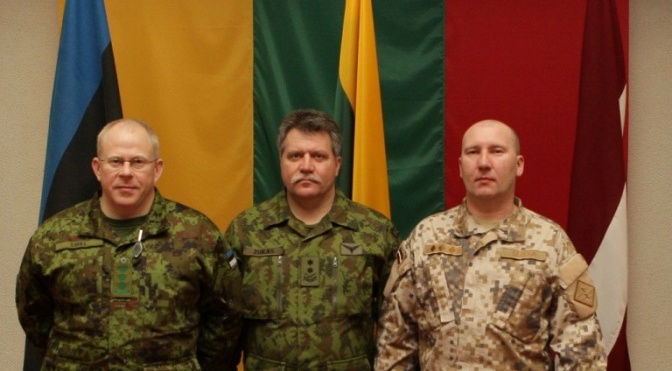 While budget cuts are jeopardizing acquisitions of new arms and equipment across Europe, Lithuania, Latvia and Estonia are intensifying their military cooperation in line with NATO’s “Smart Defense” policy and collaborating on joint arms purchases.

Moreover, with a proposal to merge the three armed forces recently put forward by a senior statesman, their collaboration could be taken to a next level in the long term.

Late last month, Latvian President Andris Berzins told local news agency BNS that Lithuania, Latvia and Estonia could one day unite their respective armed forces. If they do, the three countries, which joined NATO in 2004, would become the first member states to make such a step.

If pilots from various air forces can participate in joint missions to protect territories of all three Baltic states, the three countries’ armed forces should also be allowed to combine their efforts, Berzins said.

The proposal by the Latvian president was criticized by Estonian Defense Minister Urmas Reinsalu, who told local broadcaster ETV that the current setup, where there [are] three separate militaries that cooperate and form temporary joint units for international tasks, is optimal. . . .

Commenting on the three countries’ defense budgets, the Estonian minister said Russia’s defense expenditure has doubled over the past four years, which necessitates increased defense efforts by the Baltic states.

“Also, in absolute sums, Estonia spends more on defense than either Latvia or Lithuania,” Reinsalu said, pointing out that his country is allocated 2 percent of its gross domestic product (GDP) to defense, in line with NATO’s guidelines. Estonia is aiming to spend €361.36 million euros (US$482.3 million) on national defense in 2013, an increase of 6 percent from €340.88 million in 2012, according to figures released by the Estonian ministry.

In Lithuania, defense spending as share of GDP is the lowest among the three states, but the government could increase it next year. Lithuania’s 2013 defense budget is 924.6 million litas (US $357.8 million), up about 6.6 percent from 867.2 million litas a year earlier, according to ministry data. This, however, translates into less than 0.8 percent of the country’s GDP.