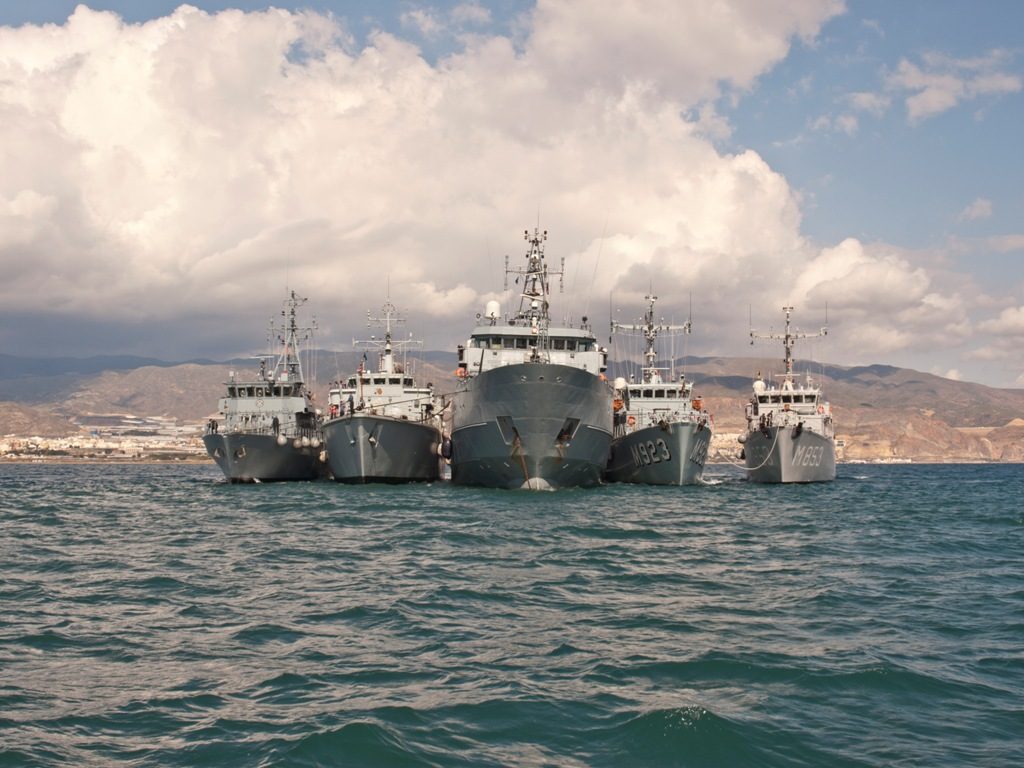 From Allied Command Operations:  Yesterday in Zeebrugge, Belgium took command of the permanently established NATO Mine Countermeasures group 1 (SNMCMG1). The Change of Command ceremony took place on the Naval Base in Zeebrugge. Commander Yvo Jaenen (Bel) accepted Command of SNMCMG1 from his Norwegian colleague, Commander Erik Hansen (Nor).

On taking over the Group, Cdr Jaenen said "I am lucky that the Belgian / Netherlands (ABNL) headquarters offered to fill the capability and command in 2012 with a bi-national Belgian-Netherlands staff and a Belgian flagship. When one realizes that a similar capability had already been provided for the whole of 2011, this demonstrates the importance ABNL attaches to the Mine Counter Measures Group. I am convinced of the high training standards and professionalism shown by the ships in the Group and know that we will be ready for any assigned task.”

His outgoing counterpart, Cdr Hansen said, "I take this opportunity to express my sincere admiration for the units and their crews, provided by the contributing nations. It is obvious that nations provide some of their best units to sail with the group.”

The command and logistic support vessel A960 BNS Godetia will be the Group’s flagship, departing from her home port of Zeebrugge on the 6th of August. SNMCMG1 will operate in the North Sea, the Baltic Sea, and the northwestern part of the Atlantic Ocean. Besides the BNS Godetia, the Force will consist of minehunters from Belgium, Norway, The Netherlands, Germany and Estonia.  (photo: NATO)