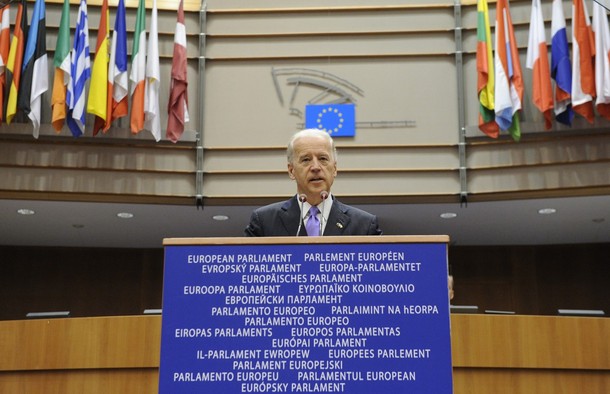 From the Financial Times:  Joseph Biden, the US vice-president, on Thursday sought to win over members of the European parliament opposed to a bank data sharing system that Washington believes is crucial to winning the war on terror.

Mr Biden, the most senior US leader to address the European parliament since Ronald Reagan in 1985, used the occasion to reaffirm the administration’s commitment to the transatlantic relationship, calling Europe America’s “most important ally.”

The vice-president particularly sought to ease MEPs’ concerns about a controversial programme in which US counter-terrorism authorities combed through millions of European money transfers handled by the Swift banking system.

In a show of its new assertiveness, the parliament vetoed in February an agreement that would have extended the Swift cooperation, arguing that it violated citizens’ privacy.  (photo: Getty)