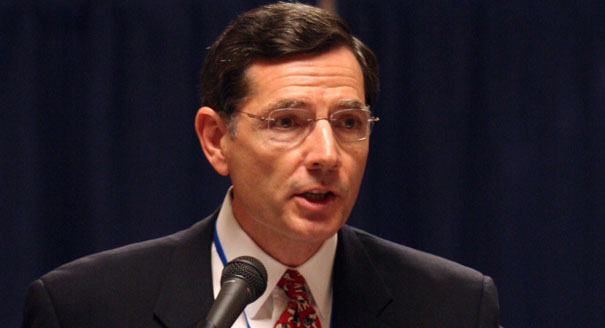 "I support LNG exports to countries whether or not they have a free trade agreement with the United States.  Increased LNG exports will create good paying jobs and open markets for Wyoming’s natural gas.  This will expand economic opportunities across America and help lower our nation’s trade deficit.  Our bill will also promote the energy security of key U.S. allies by helping reduce their dependence on oil and gas from countries, such as Russia and Iran."  – U.S. Senator John Barrasso (R-WY)

“I am proud to work with my colleagues on this legislation that seeks to expedite the process for companies wishing to export liquefied natural gas to our friends and allies. Improving this process will yield important strategic opportunities to enhance our national security interests while continuing to grow our economy at home.” – U.S. Senator John Cornyn (R-TX) . . .

The “Expedited LNG for American Allies Act of 2013” amends Federal law by requiring the Secretary of Energy to approve exports of natural gas to NATO allies and Japan.

For years, Russia has used its vast natural gas resources as political leverage against many of our NATO allies, especially those in eastern Europe. This practice was highlighted by Senator Lugar’s (R-IN) Foreign Relations Committee-Minority Staff Report entitled, “Energy and Security from the Caspian to Europe” (December 12, 2012).

By making it easier to export LNG, the bill would help increase energy security among U.S. allies and help reduce their need to purchase oil and gas from countries such as Russia and Iran. (photo: AP)