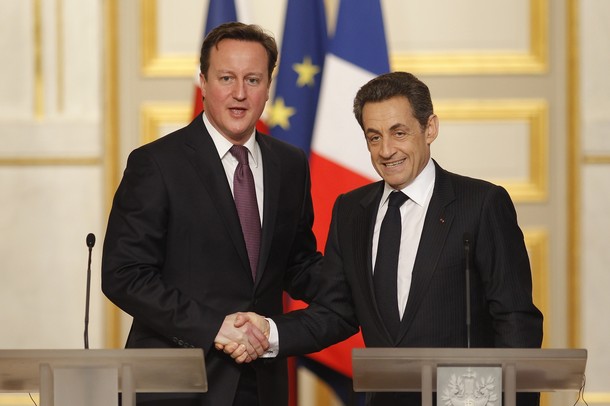 From the Foreign Ministry of Great Britain:  Prime Minister David Cameron and French President Nicolas Sarkozy met in Paris for the UK-France Summit on 17 February. Syria was one of the areas discussed.

Text of the Communique on Syria following the summit:

The UK and France: