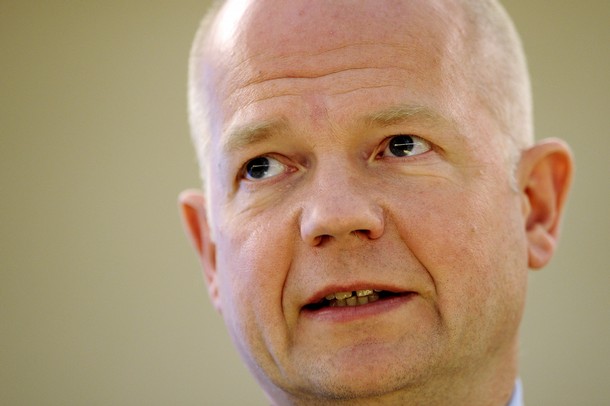 From David Brunnstrom and Christopher Le Coq, Reuters:  Britain blocked a proposal to establish a permanent headquarters for EU defence and security operations, saying it would duplicate NATO structures and be an unnecessary expense.

The proposal for a permanent Operations Headquarters (OHQ), put forward by Catherine Ashton, the British EU high representative for foreign affairs and security and backed by France and other EU states, was discussed at a meeting of EU foreign ministers in Brussels on Monday. . . .

"We are opposed to this idea because we think it duplicates NATO structures and permanently disassociates EU planning from NATO planning," Hague said.

"Secondly, it’s likely to be a much more costly solution than existing structures; and thirdly, a lot can be done by improving the structures that already exist. . . ."

Hague said there were other ways to improve planning under the EU’s fledgling Common Security and Defence Policy, such as ensuring operations’ commanders were deployed early and by building stronger links between national defence structures and EU institutions.  (photo: Getty)