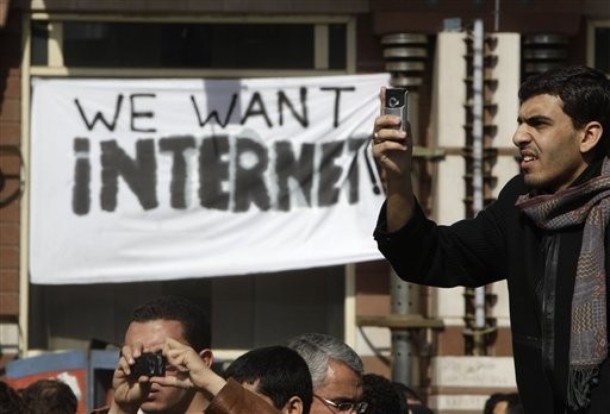 From Judy Dempsey, the New York Times:  Prime Minister David Cameron of Britain, President Nicolas Sarkozy of France and Chancellor Angela Merkel of Germany — fell short of calling for the resignation of President Hosni Mubarak of Egypt , despite the protests against him on the streets, and cited his modulated approach to the region.

“We are deeply concerned about the events that we are witnessing in Egypt,” the three leaders wrote in a statement. “We recognize the moderating role President Mubarak has played over many years in the Middle East. We now urge him to show the same moderation in addressing the current situation in Egypt. …”

“The Egyptian people have legitimate grievances and a longing for a just and better future,” their statement said. “We urge President Mubarak to embark on a process of transformation which should be reflected in a broad-based government and in free and fair elections.”

The statement by Mrs. Merkel, Mr. Sarkozy and Mr. Cameron exposes the lack of any coherent and united response by the European Union as a whole, even though under the Lisbon Treaty of 2009, its reaction to major events was intended to be swifter and united.

The leaders issued the statement in advance of a meeting Monday of E.U. foreign ministers to decide what policies or strategies they could adopt toward a Middle East that is rapidly undergoing change and where the outcome is unpredictable.  (photo: AP)