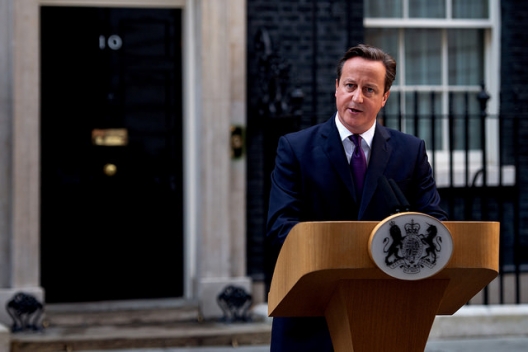 [S]pending a few days recently in Britain, I was struck by just how parochial it has become. After an extraordinary 300-year run, Britain has essentially resigned as a global power.

Over the next few years, Britain’s army will shrink to about 80,000. A report from the Royal United Services Institute predicts that the number could get as low as 50,000, which, the Daily Telegraph points out, would be smaller than at any point since the 1770s — and, as David Rothkopf of Foreign Policy magazine notes, about the same size as the New York Police Department.

The International Institute for Strategic Studies concludes that over the past five years “the 8 percent to 9 percent decrease in the U.K. military defense budget . . . has led to a 20 percent to 30 percent reduction in conventional capability.” No wonder, then, that Britain has been a minor, reluctant ally in the airstrikes against the Islamic State. Britain’s 30-year-old Tornado fleet of planes is a generation behind the American F-22s it flies alongside. The Royal Navy, which once ruled the waves, operates without a single aircraft carrier (although two are under construction).

NATO members are supposed to maintain defense spending at 2 percent of their gross domestic product. Britain is hovering around that mark and has refused to commit to maintaining budgets at that level. (It should be said that most other European countries are worse, which means that the United States accounts for more than 70 percent of NATO’s military spending.) The same is true of other elements of Britain’s global influence. In Cameron’s first term, the Foreign Office budget was cut by more than a quarter, and further trims are likely. The BBC World Service, perhaps the most influential arm of the country’s global public diplomacy, has shuttered five of its foreign-language broadcasts, and the organization’s entire budget has been slashed, with more cuts to come….

Britain is not Luxembourg. It is, even now, a country with the talent, history and capacity to shape the international order. Which is why the inward turn of the United Kingdom is a tragedy not just for it but for all of us.