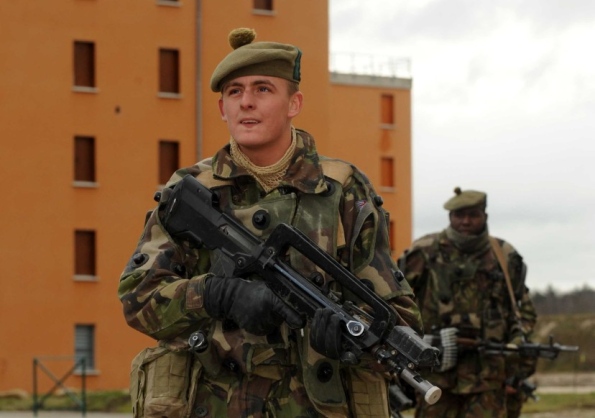 From Defpro:  The Argyll and Sutherland Highlanders, 5th Battalion The Royal Regiment of Scotland (5 SCOTS), have recently been training in France with the French Army’s 152nd Infantry Regiment.

Officer Commanding A Company 5 SCOTS, Major Neil Brown, explained the rationale and purpose of the Exercise: "During November 2010, on the eve of the events that happened in Tunisia, Egypt, Libya, and Syria, Prime Minister David Cameron and French President Nicolas Sarkozy signed a security cooperation treaty.

"The Prime Minister and President Sarkozy created a joint mechanism to address outside threats against the UK and France. Its purpose was to save expenditure on weapons, and to form joint expeditionary forces. . . ."