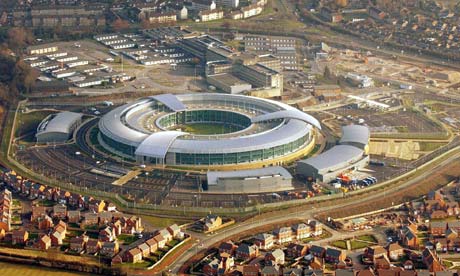 From the International Institute for Strategic Studies:  On 12 October 2010 Iain Lobban, Director of the UK Government Communications Headquarters (GCHQ) urged greater awareness of the threats posed by cyber attacks in a speech at the IISS in London.

Making the first major public adddress by a GCHQ Director, the head of the Government’s listening post said there was "a real and credible" threat to critical national infrastructure. However there was also "an opportunity which we can seize if Government and the telecommunications sector, hardware and software vendors, and managed service providers can come together."

Iain Lobban:  My perspective on Cyber comes from bringing together both sides of GCHQ’s mission:

It’s worth noting at this point that a strength of the UK system is that one organisation – GCHQ – brings together both disciplines. That arrangement is shared by only a few other countries, most notably the US . It gives us a richer view of vulnerabilities and threats than those who consider them purely from the point of view of defence.

So what do we know about the threat? This audience will be familiar with some of the Cyber incidents and concerns that have come up in the media. Without wishing to comment in detail on what we know about any specific stories, I will give you some general comment and context.